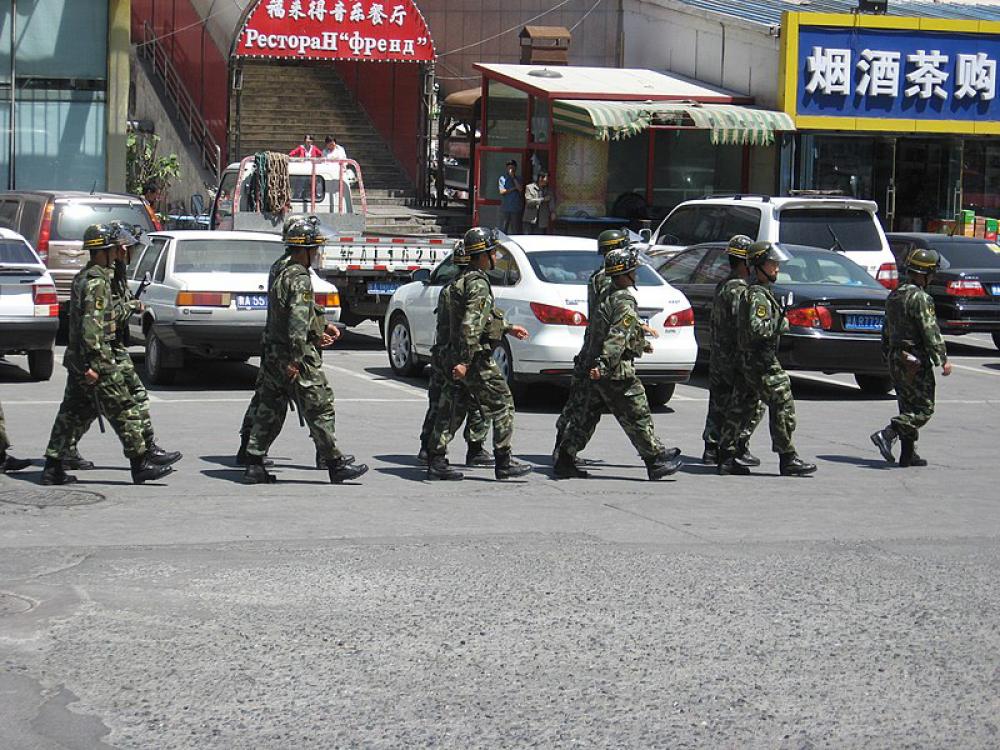 Beijing: China's zero COVID policy has perhaps become amongst the most controversial policies to have been implemented since the emergence of the COVID pandemic in 2020.

The strong-handed approach by the administration has rather instilled a sense of fear and anger all throughout its country and extended territories leaving millions distressed.

The stringent policy requires that the entire city be put under lockdown if a few cases emerge in the region.

This has raised some significant concerns within the World Health Organization, which has gone on to state that such measures do not help reduce the caseload and invariably negatively affect people’s livelihoods.

A recent example of such authoritarian measures has been the strict lockdowns imposed upon the Tibetan and Xinjiang region over the past months by the Chinese authorities.

With a rise in the number of cases, the administration had placed the entire population of 8,00,000 people of the city of Shigatse in the Tibetan Autonomous region into a forced lockdown owing to the Zero COVID policy.

Residents of the locked-out region were also compelled to take COVID-19 tests each night to ascertain their infection statuses.

However, many locals have been contesting that the increase in cases was largely noted from the tourists’ areas who had been visiting the region from mainland China.

Thousands of residents have been facing serious hardships, and have led to severe economic and mental distress upon the people who have had to suffer due to flawed policies of the Chinese communist party.

Yet an important question that needs to be addressed is the fact that even after announcing itself to be 'covid free' in 2021, the Chinese state has still been dealing with a large number of transmissions of infection over the last couple of months.

This explains the Chinese approach in two aspects - firstly, the policy has been a failure in terms of attempts to curb the spread of the infection; secondly, the Chinese state’s attention has never been one of intending to reduce the level of infections but was rather aiming to monitor its own citizens and residents of the Autonomous region.

Over the past two years, China has drawn upon the security apparatuses and groups that were infamous for curbing dissent towards the Chinese Communist Party for the purpose of upholding the monitoring systems.

This has thus demonstrated the effects and aftereffects of the zero COVID policy which is clearly a mechanism to maintain surveillance over its own citizens and dissenters, specifically in the Tibetan and Xinjiang regions.

Many surveillance measures however have been prevalent in the region for years against the Tibetan communities as well as the other minority groups; yet these newer measures seem to be directly impacting thousands of livelihoods in their process.

The Xinjiang region over the years has seen perhaps the worst of the Chinese policies where more than 1 million Uyghurs and other Turkic Muslim ethnic groups in the region were subjugated to mass internment, torture, labour, and forced sterilizations.

The specific targeting of these two western frontiers makes it obvious why the Chinese state has been focusing on such methods in the region.

However, this aspect, once it began gaining attention, has led to widespread unrest around the regions of Xinjiang and parts of Tibet.

Yet what was perhaps become quite clear, is the fact that the Chinese government has been monitoring their citizens under the false pretext of eradicating the infectious disease and has banked upon the pandemic to let itself crawl deeper into its plans of exploring the concept of surveillance state.

However, there also lies an improvement lesson for the world in the Chinese attempt of locking their entire citizens down.

The means of lockdowns can not be used to subjugate its own nationals to monitoring and surveilling upon.

This method is bound to fail in aiding reduce the number of cases and will invariably cause further anger and dissent among the people of the region.

Authoritarian regimes such as China need to learn an important lesson in their will to cross all limits.

Such brutal methods of monitoring nationals and locking them down in their own vicinities will come to cost the Chinese state dearly.

Covid cases need to be managed through different techniques, especially in sensitive regions such as Tibet and Xinjiang regions or sooner than later these tactics of the Chinese nation are bound to fail and lead to a significant uprising due to their stringent nature.