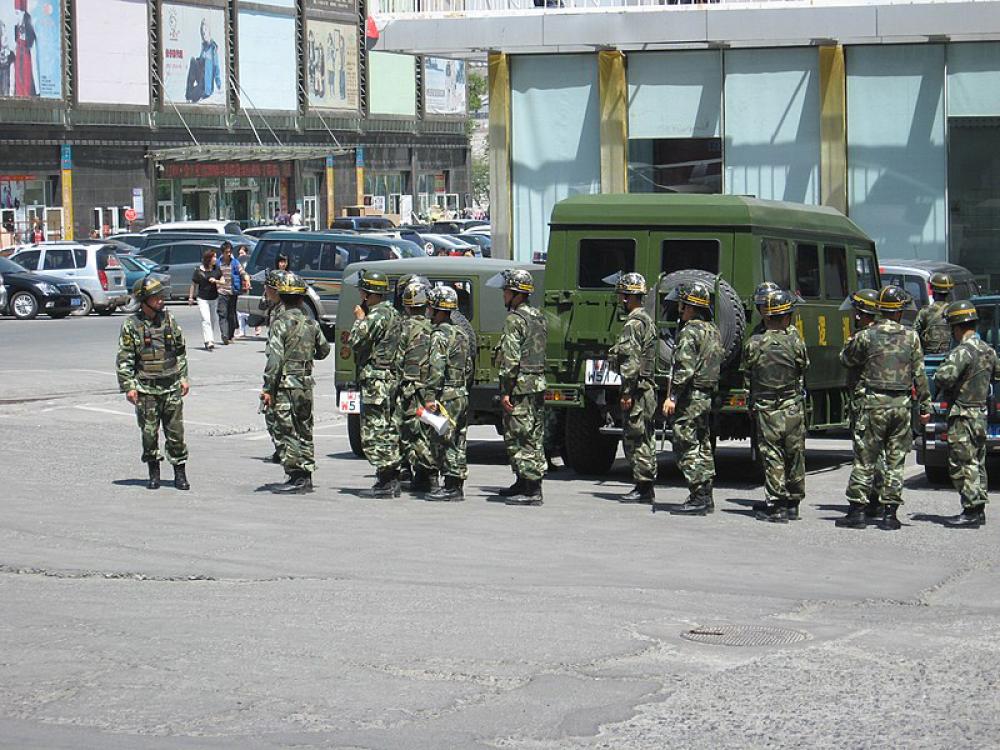 File image by Sasha India on Flickr via Wikimedia Commons

Xinjiang: A police officer has said authorities in the Chinese city of Xinjiang are using the government’s 100-day crackdown on criminals and fugitives to target Uyghurs deemed “religious extremists” and “two-faced".

The campaign was rolled out by Wang Xiaohong, a close ally of Chinese President Xi Jinping who was appointed public security minister on June 25, to eradicate criminal forces and shore up political security and social control across the country, reports Radio Free Asia (RFA).

Wang directed police to “diffuse all kinds of safety risks and resolutely safeguard social stability” in the run-up to the 20th National Congress of the Chinese Communist Party later this year when the party’s national policy goals for the next five years will be set and its top leadership elected.

At a July 15 promotional meeting for the “Hundred Days Action” across China, Chinese public security leaders said that 42,000 cases had been cracked and 72,000 criminal suspects had been arrested during the campaign, according to Chinese media reports.

RFA called Chinese police departments at various levels in the region to find out how the operation affected the predominantly Muslim Uyghurs in Xinjiang, who have borne the brunt of China’s oppressive policies for decades.

A police officer in Hotan (in Chinese, Hetian), a major oasis town in southwestern Xinjiang, confirmed the city’s police headquarters held meetings on “eliminating and fighting against evil forces” in recent months.

The anti-crime campaign elsewhere in China focused on crimes like theft, while in Xinjiang officers sought to catch allegedly disloyal Uyghurs, officials said.

Authorities focused on “operations against evil forces” in Hotan, the police officer said.

“’Evil forces’ refer to people who take criminals under their wings,” he told RFA.

“Here our main targets in eliminating evil forces are those people who took people who preached religion illegally under their wings, protecting them from being prosecuted. The people they took under their wings also include separatists, extremists and two-faced people,” he added.

“Pickpockets and thieves are in the periphery of our target in this operation,” he said. “The main targets are the ones I mentioned earlier.”