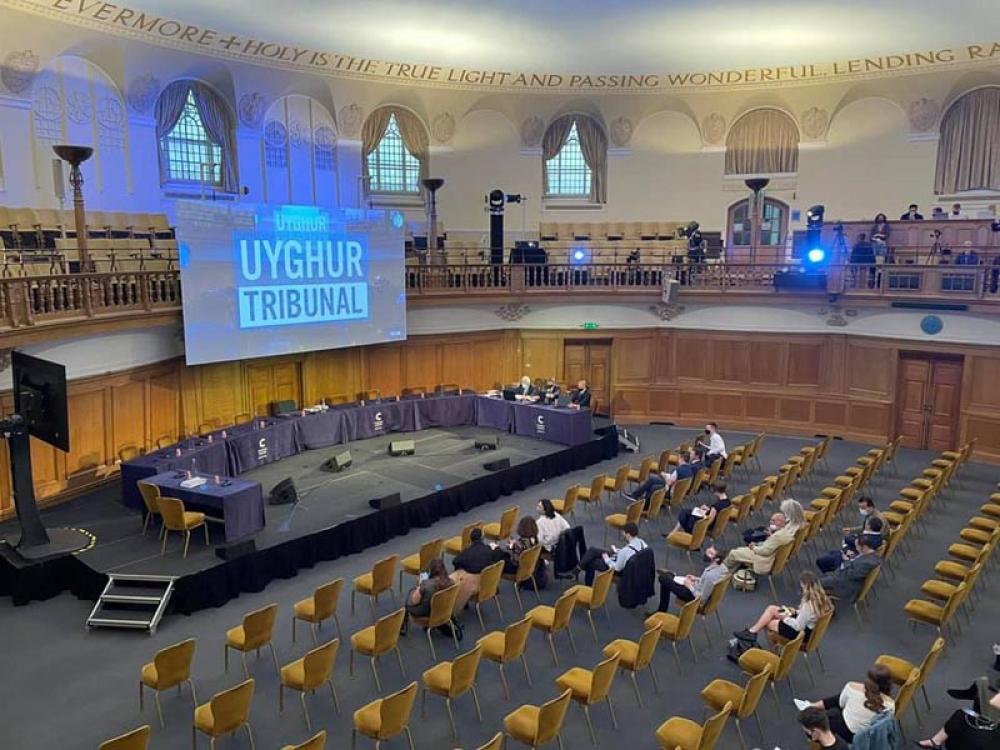 A former policeman has revealed the way Uyghurs were tortured in China's Xinjiang region while giving his testimony at a London-based tribunal.

The hearing has been taking place for the past four days.

This testimony, by a former Chinese policeman, was part of a hearing held from June 4-7 under nine UK-based jurors of the “Uyghur Tribunal” which heard allegations regarding perpetrating serious crimes against the Uyghurs, reports ANI.

The former Chinese policeman — now living in Germany — gave his statement under the pseudonym Wang Leizhan on the last day of the hearing, reports the Indian news agency.

Recalling his days in Xinjiang in 2018, Leizhan said his job was mainly related to maintaining social order and national security. He also worked on investigating political and religious suspects, including Falun Gong and Islamist groups.

During the testimony, the former officer revealed that he learned about the “re-education or ideology transformation” camps, from a senior colleague who said that these re-education camps were aimed to make people with different ideologies, politically correct.’

During his time in Xinjiang, Leizhan learned that the Chinese government initiated a recruitment drive for individuals from mainland China who were ready to move to Xinjiang to work as police guards.

“Many of these individuals were used to man the many check posts that were created in Xinjiang. There were checkpoints at every 500 meters in the city but in the suburbs of Urumqi, these checkpoints were at every 200 meters. These police guards were also used to enforce censorship laws and arrest people,” he said.

Divulging the details about the so-called re-education camps, Leizhan said he has witnessed Uyghurs being tortured.

“Uyghur prisoners were sometimes forced to kneel, punched, a plastic bag would be tied over their head in order to induce suffocation and the bag would only be removed when they began struggling to breathe. Sometimes, their limbs were tied, and waterpipes were inserted in their mouth to force water into their lungs. This was done in order to force Uyghurs to reject their religion and to confess that they had committed the crimes they were accused of.”

They were forced to sign confessions to admit that they are terrorists and also to “denounce” and provide a list of their relatives and friends as being terrorists, he was quoted as saying by the news agency.

Speaking on the role of the Chinese government in the matter, the former policeman said, “I think such torture against Uyghurs took place because it was encouraged by central Chinese Government. This is because, according to Chinese government policy, Uyghurs are systematically and collectively defined as terrorists.”

In September last year, the Uyghur Tribunal was launched.

Incidentally, the tribunal is not affiliated with any government and the London tribunal’s judgment is not binding.