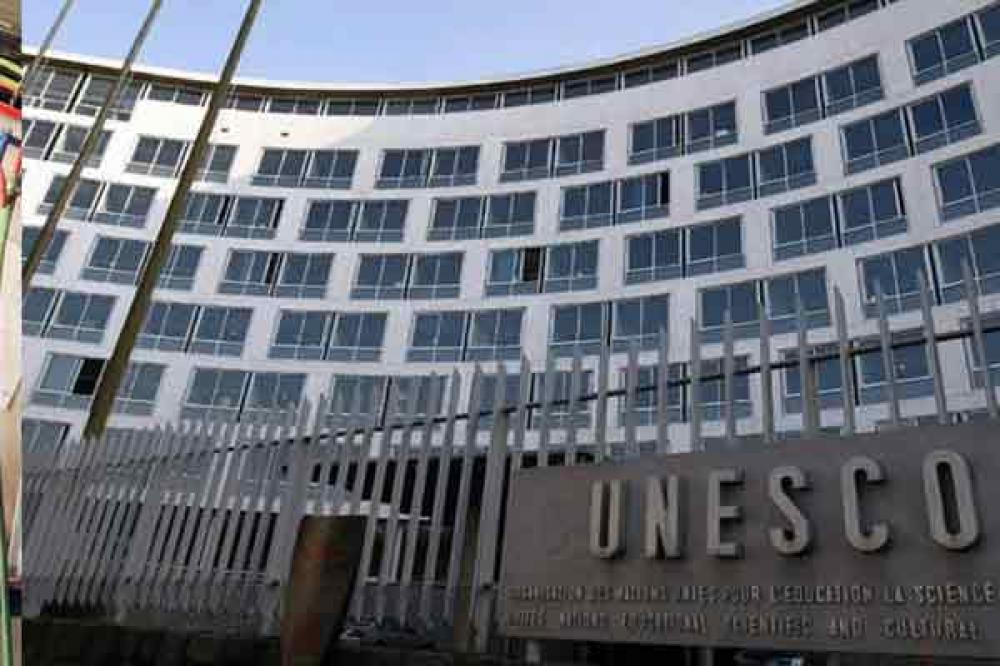 New York, Oct 12(Just Earth News): The head of the United Nations Educational, Scientific and Cultural Organization (UNESCO) voiced “profound regret” on Thursday over the United States' decision to withdraw from the agency.

“Universality is critical to UNESCO's mission to strengthen international peace and security in the face of hatred and violence, to defend human rights and dignity,” she added, noting that UNESCO would continue to build a more just, peaceful, equitable 21st century.

Bokova recalled that in 2011, when the US suspended payment of its membership contributions, she was convinced that the UNESCO never mattered as much for the US or vice versa.

“This is all the more true on Thursday,” she continued “when the rise of violent extremism and terrorism calls for new long-term responses for peace and security, to counter racism and antisemitism, to fight ignorance and discrimination.”

“Despite the withholding of funding, since 2011, we have deepened the partnership between the United States and UNESCO, which has never been so meaningful,” she underscored. “Together, we have worked to protect humanity's shared cultural heritage in the face of terrorist attacks and to prevent violent extremism through education and media literacy.”

The Director General gave examples of collaborating during that time, such as launching the Global Partnership for Girls' and Women's Education and celebrating World Press Freedom Day in Washington, D.C., with the National Endowment for Democracy.

She also mentioned a long history of joint endeavours, including working together with the late Samuel Pisar, Honorary Ambassador and Special Envoy for Holocaust Education, to promote education for remembrance of the Holocaust across the world to fight antisemitism and genocide on Thursday; cooperating with major US companies Microsoft, Cisco, Procter & Gamble and Intel to keep girls in school and nurture technologies for quality learning; and working with the US Geological Survey, US Army Corps of Engineers, and US professional societies to advance research for the sustainable management of water resources, agriculture.

“The partnership between UNESCO and the United States has been deep, because it has drawn on shared values,” Bokova stressed.

Citing lines in UNESCO's 1945 Constitution by US Librarian of Congress Archibald MacLeish – 'since wars begin in the minds of men, it is in the minds of men that the defences of peace must be constructed' ¬– she said this vision has never been more relevant, and added that the US helped inspire the 1972 UNESCO World Heritage Convention.

Calling the agency's work “key to strengthen the bonds of humanity's common heritage in the face of forces of hatred and division,” she noted the value of World Heritage cites in the US, such as the Statue of Liberty, as being not just as a defining US symbol but that it speaks for people across the world.

“UNESCO will continue to work for the universality of this Organization, for the values we share, for the objectives we hold in common, to strengthen a more effective multilateral order and a more peaceful, more just world,” Bokova concluded.