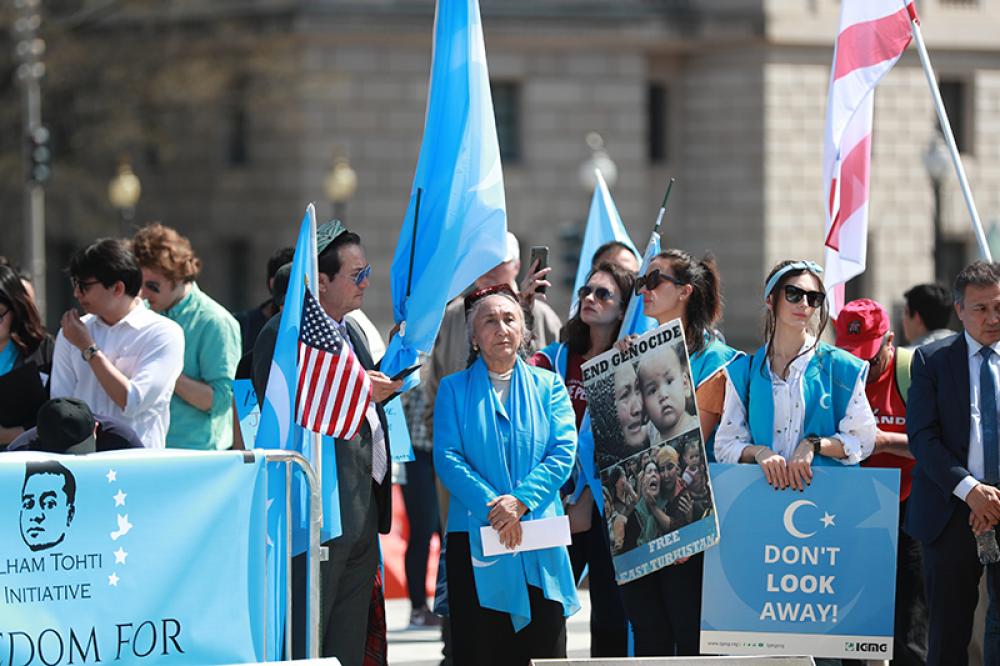 Istanbul: Uyghur and Turkish NGOs recently demonstrated in several parts of Turkey on Sunday to protest against the atrocities carried out by Chinese authorities in the Xinjiang region in the pretext of controlling COVID-19.

The International Union of East Turkestan NGOs led by its leader Hidayetullah Oghuzhan held a large protest and made a press statement at 2:00 pm local time, in front of the Chinese Consulate in Sariyer, Istanbul. As per estimates around 1000-1200 persons including the elderly, women, and children participated in the protest, reports ANI.

"Our Uyghur brothers are being systematically massacred by China….their houses are locked…under the pretext of pandemic….they are dying of hunger and disease…in the fire that broke out….our brothers were killed by burning in their houses, where they were trapped,” Chairman of Turkish NGO Yesevi Alperenler Association, Kursat Mican, told ANI.

Uyghur leader Abdusselam Teklamekan, Muhammed Mematali, who lost four siblings in the Urumqi fire, and theologian Ahmet Bulut were among those who spoke.

Turkish NGO Anadolu Genclik Dernegi (AGD) had also given a call for protests in different places against the Chinese atrocities in East Turkestan.