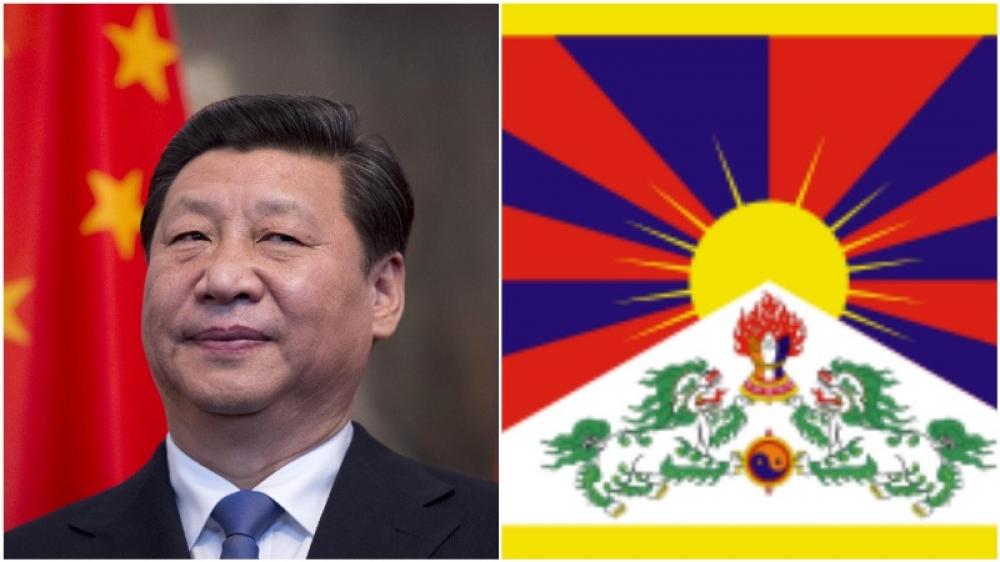 Geneva: Switzerland’s State Secretary Krystyna Marty in a political dialogue via videoconference with China’s Vice Minister of Foreign Affairs Qin Gang recently expressed concern over the human rights violations in China and the treatment meted out to Tibetans.

The talk focused on economic relations, human rights situation in China as well as Covid-19 pandemic situation in a bid to foster “sustainable relations” between the two countries, reports Tibet Bureau Geneva.

During the dialogue, Switzerland expressed concerns about the “lack of respect for human rights in China” especially the treatment of Tibetans by the Chinese authorities.

This comes in the backdrop of Beijing based Swiss Ambassador Bernardino Regazzoni’s visit to Tibet between 7 to 11 September 2020 which was the first official Swiss visit since 2017.

In a statement on the visit, the Swiss Federal Department of Foreign Affairs noted that the Swiss Ambassador along with other ten diplomatic missions visited Lhasa and Shigatse and took the opportunity to address important issues such as human rights situation with the local government, reports Tibet Bureau Geneva.

Expressing concerns over the human rights situation in Tibet, the Foreign Affairs Department had assured that “the free access of the UN High Commissioner for Human Rights to Tibet and the protection of Tibetan human rights defenders remain core demands of Switzerland.”

Switzerland has also signed a memorandum of understanding for cooperation on trade, investment and finance for projects in third countries along the routes of the Belt and Road Initiative in 2019.

During the political dialogue, Switzerland has assured China its complete cooperation and expertise in organizing the 2022 Winter Olympic in Beijing and both the parties agreed to foster trade relations and to minimize negative effects of global pandemic on the Swiss companies in China.

However, China has indefinitely postponed the Human Rights Dialogue with Switzerland due to be held in 2019 after Switzerland co-signed a letter to the UN along with 21 other countries criticizing China’s concentration camps in East Turkestan (CHN: Xinjiang).

The Tibet Bureau Geneva welcomes Switzerland’s initiative on forming promotion of human rights an important component of the political dialogue and for raising concerns over the human rights situation in Tibet.

Switzerland has been one of the first countries to grant asylum to Tibetans escaping China’s brutal occupation of Tibet and has also been a supporter of dialogue between the envoys of His Holiness the Dalai Lama and China.

However, Switzerland needs to take a stronger stand on Tibet and include the concerns of Tibetans as well as Uighurs in its Foreign Policy Strategy on China 2021-2024.

Moreover, Switzerland needs to consider the raising calls against China hosting the Winter Olympic Games of 2022 which has also been dubbed as “Genocide Games” by Human Rights Activists.

Furthermore, despite reassurances by the authorities of non-implementation against Tibetans, Tibetans in Switzerland are concerned by the Swiss “secret-deal” on asylum and migration with China. Under this agreement, Switzerland can invite Chinese officials to interview persons of Chinese origin to facilitate their deportation to China.

This deal closely coincides with Switzerland’s change of position in categorizing Tibetans as “Chinese” nationals and the rejection of around 300 asylum applications by Tibetans, reports Tibet Bureau Geneva.

These Tibetans are also facing difficulties in their “hardship-case” applications despite submitting identity cards issued by the Central Tibetan Administration proving their ethnicity.

The Tibet Bureau Geneva continues to raise concerns and advocate for the Tibetans inside Tibet as well as in Switzerland with the Swiss authorities.