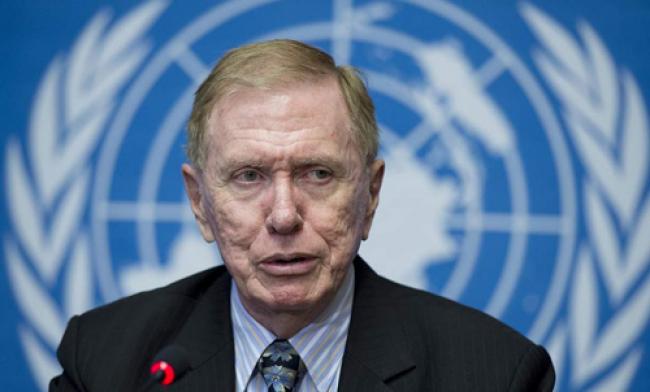 New York, Oct 30 (JEN): Members of the United Nations-appointed inquiry into human rights violations in the Democratic People’s Republic of Korea (DPRK) Tuesday reiterated that they are not biased against Pyongyang, as they are poised to finalize their investigative work this week.

“Throughout our mandate, from the very beginning, we have reached out to the Democratic People’s Republic of Korea (DPRK), we have asked for permission to go and visit North Korea, engage with its people,” Michael Kirby, Chair of the Commission of Inquiry on Human Rights in the Democratic People’s Republic of Korea, told journalists in New York. The commission, which has a one-year mandate, is tasked with investigating several alleged violations, including those concerning the right to food and those associated with prison camps; torture and inhuman treatment; arbitrary detention; discrimination; freedom of expression, movement and religion; the right to life; and enforced disappearances, including abductions of nationals to other countries. “We have pointed out the best way to respond to the contention that the testimony which has been recorded in our public hearings is false would be to open those parts of North Korea which are said to contain the detention and prison camps of which the witnesses before us gave copious evidence to the accusation that we have defamed DPRK,” Kirby noted. He added that the Commission had repeatedly asked DPRK representatives to participate in public hearings who could ask the witnesses questions and make statements about their alleged validity. “The approach to have public hearings is not the normal practice of commissions, however it is a practice that is particularly well suited to the investigation of human rights abuses that have continued in North Korea because it not only permits the persons who come forward and give testimony to be interrogated, questioned and then have their testimony put on line and make it made available to the whole international community, so that people everywhere in the world where the internet is,” Kirby said. He also responded to criticism by some Member States that the Commission is not focused on dialogue, “You can’t have dialogue on your own. To have dialogue, you have to have interaction with those with whom you’re dialoguing.” Kirby is among the human rights experts who have been briefing the General Assembly’s main social, humanitarian and cultural body (Third Committee) at the UN Headquarters since last week. Following the briefing, the three-member Commission – which also include Sonja Biserko and Marzuki Darusman, Special Rapporteur on the situation of human rights in the DPRK, who left New York earlier  Tuesday for health reasons – now travels to Washington DC to take evident and hold consolations later this week. The Commission might make one more field visit to the Republic of Korea, Kirby said, but it will likely not have any further investigations and is due to begin the analysis phase of its work on 1 November. It is due to present its final report to the 47-member Human Rights Council, which appointed the Commission in earlier this year, by March 2014.

Michael Kirby, Chairman of the Commission of Inquiry on Human Rights in the Democratic People’s Republic of Korea (DPRK). Photo: Jean-Marc Ferré