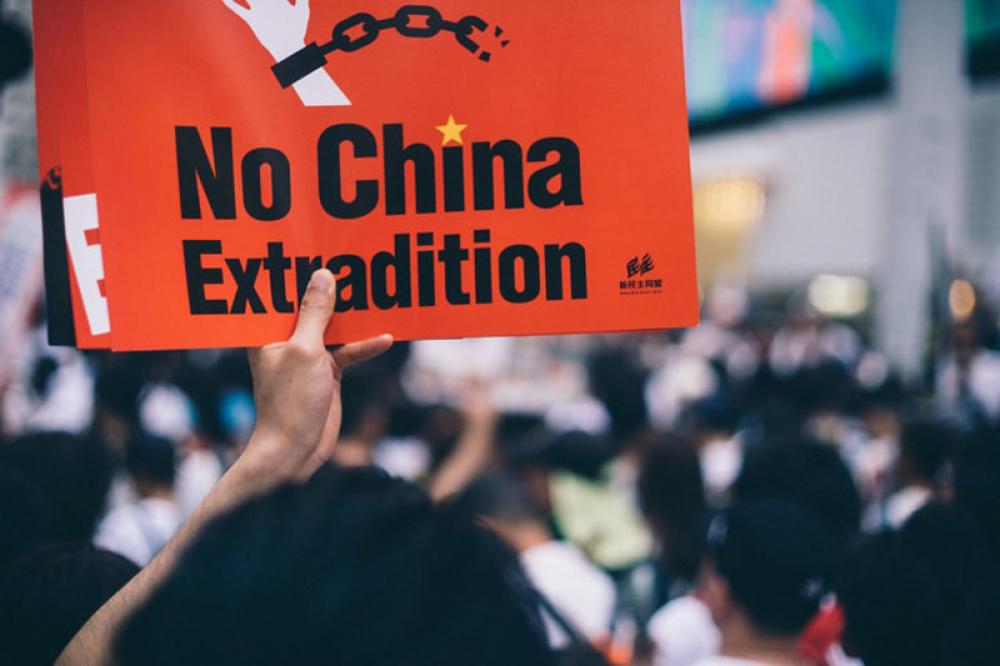 Hong Kong City: The Hong Kong Police cracked down on thousands of protesters who defied ban to continue their agitation in the city on Sunday.

Transport to and from Hong Kong International Airport was disrupted for hours on Sunday as protesters barricaded roads, leaving traffic gridlocked and stranding hundreds of tourists at the terminal, reported CNN.

The protests followed a night of violent clashes with police on Saturday, during which protesters threw petrol bombs and set fires and police responded with water cannon and tear gas. Police were also seen rushing into a subway station to make dozens of arrests, reported the American news channel.

It was the 13th weekend of protests in the city.

"Some radical protestors blocked multiple roads in Tung Chung, set fire to barricades and a national flag. Such acts have paralysed traffic," it said.

Since around 5:30 PM, some violent protestors have committed destructive acts extensively inside the Tung Chung MTR station. They dismantled CCTV cameras and turnstiles, smashed glass panes of a service centre and damaged fire facilities therein.

A large group of protestors are still gathering at the airport. Some are blocking roads in the vicinity of the Sky City Interchange and Chek Lap Kok South Road, with numerous water-filled barriers and objects, in an attempt to paralyse traffic.

The police asked protesters to leave the venue.