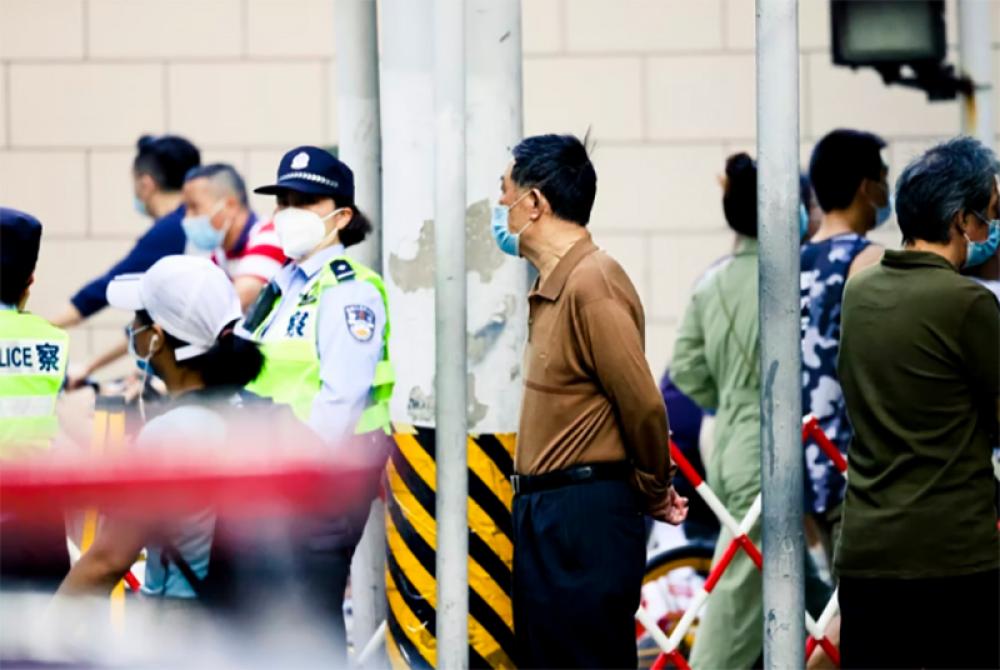 Beijing: Elderly citizens in China are being neglected by the authorities despite the detection of the new Omicron subvariant of Covid-19 recently in the country.

China, where the outbreak of Covid-19 was first reported, has been witnessing a new surge in cases and authorities have ramped up efforts to boost vaccination rates.

In the Chinese capital of Beijing, residents are already required to show proof of a negative Covid test taken within 72 hours to enter all public places.

As of January, 2022, 98 percent of Beijing’s over 20 million residents have been fully vaccinated, including 12 million people who have received a booster shot, according to a government statement cited by CNN.

But the vaccination rate among the elderly is lower as 80 percent of Beijing residents aged over 60 had been vaccinated as of April, reports state news agency Xinhua.

According to reports, the fact that several elderly people over the age of 60 have not been vaccinated against Covid-19 in China might be a deliberate action by the authorities to leave the aged people out of the protection radar, considering them to be a burden on its economy.

The Hong Kong Post had earlier reported that in spite of having ample medical resources like hospital beds and antiviral pills, a vast majority of elderly people over 60 years have not been vaccinated as of yet.

The Sydney Morning Herald reported last month that there are still more than 90 million people aged over 60 who are under-vaccinated, defined as having had fewer than three shots.

On Wednesday, China enforced a lockdown in Xian, home to 13 million people after the city reported the first cases of a new Omicron subvariant, according to reports.

The lockdown was implemented after Xian reported 18 Covid-19 infections from Saturday to Monday, all of which are of the Omicron BA.5.2 subvariant, reported CNN, citing local disease control officials.

BA.5.2 is a sub-lineage of BA.5, which is already dominant in the US and appears to escape antibody responses among both people previously infected with Covid-19 and those who have been fully vaccinated and boosted, ANI reported, quoting researchers.

It is the first time the subvariant has been reported in China, one of the last places in the world still adhering to a stringent zero-Covid policy, reports said.