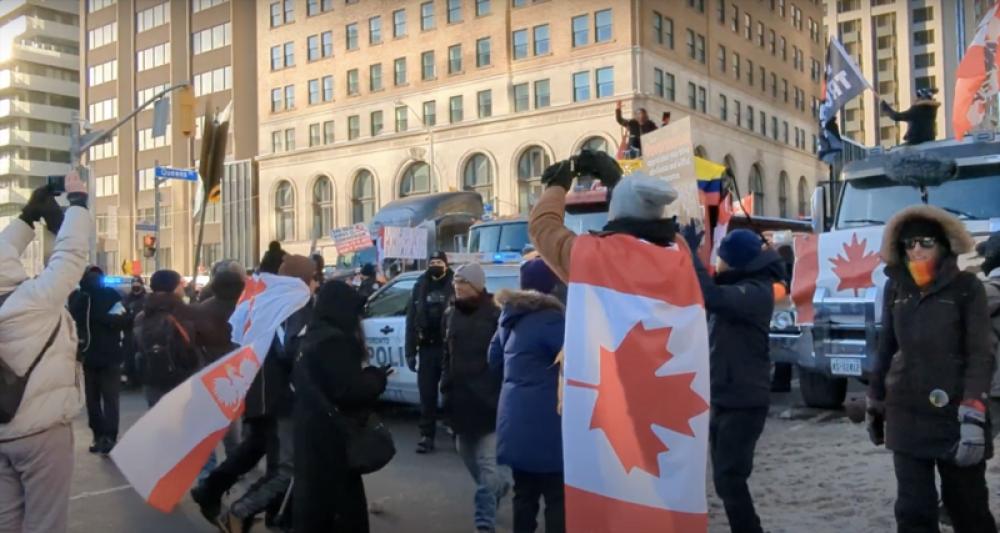 Ottawa/UNI/Sputnik: China's diplomatic mission in Canada slammed Ottawa for the "stark double standard" in the way the government of Prime Minister Justin Trudeau portrayed the Freedom Convoy in Canada and the violent protests in Hong Kong.

Over the weekend, the Ottawa leg of the Freedom Convoy protests was routed by law enforcement after the Trudeau government granted itself new, sweeping emergency powers to quell what it termed an "occupation" and "blockade" of the nation's capital that presented a "threat to democracy."

This characterization stood in stark contrast to Ottawa's support for the unruly protests that swept Hong Kong in March of 2019 and ended several months later.

"In the eyes of some people in Canada, similar protests and demonstrations should be referred to differently in different places. In Hong Kong, they are a 'human rights movement,' but in Canada they are 'a threat to democracy.' Such stark double standard is unacceptable," China's Embassy in Canada said in a statement via Twitter on Tuesday.

China's diplomatic mission noted that Canadian police used a variety of crowd control weapons, including pepper spray, stun grenades and batons, to violently disperse the peaceful protesters that set up base in Ottawa's downtown core.

The wave of protests across Canada began in mid-January, with tens of thousands of truckers and other Canadians converging peacefully on Ottawa to seek the government to scrap the Covid-19 vaccine mandates.

The protest eventually united large swaths of Canadian society and evolved into a demonstration against Trudeau and his government.