Seoul/JEN: Both North and South Korea on Wednesday test-fired ballistic missiles amid the escalating tension on the Korean peninsula, CNN reported quoting officials in Seoul.

Earlier in the afternoon, South Korea and Japan claimed that North Korea had launched two 'unidentified' ballistic missiles five minutes apart, at 12:38 pm. and 12:43 pm. local time (11:38 pm. and 11:43 pm. ET), and those missiles had landed in the waters between the Korean Peninsula and Japan.

The Japanese Defense Ministry said that the North Korean projectiles had fallen in the waters off the eastern coast outside Japan's exclusive economic zone, and there was no report of any damage to ships or aircrafts from the missiles.

The ministry said that South Korean President Moon Jae-in was present for the test, which had been carried out from a submarine at an undisclosed location on Wednesday (Sept 15).

Days ago, North Korea's state controlled media claimed that the country had successfully tested a new-type long-range cruise missile last weekend, which was 'a strategic weapon of great significance'. 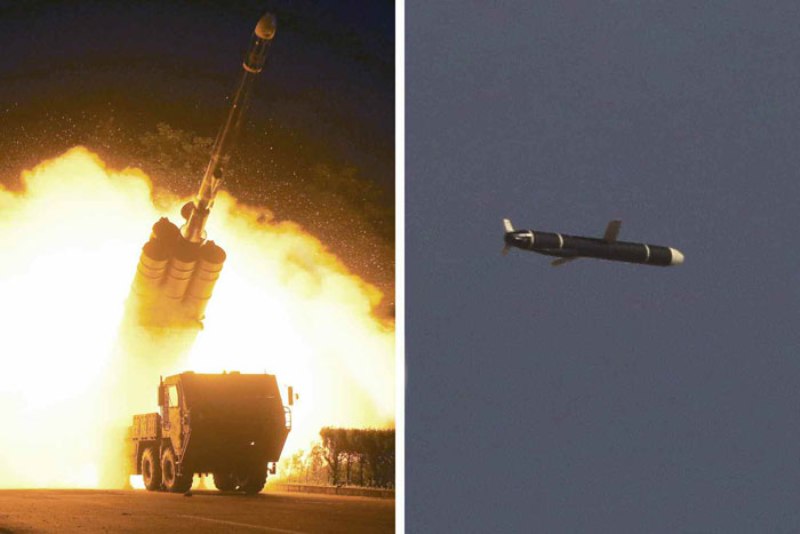