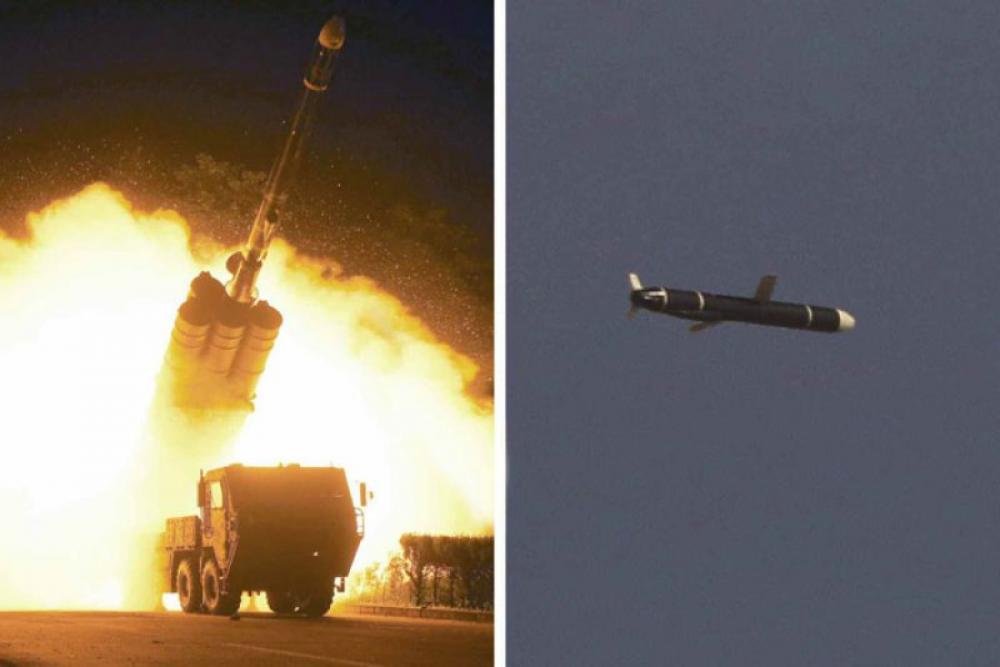 According to officials in Seoul and Tokyo, the ballistic missiles were launched from central North Korea five minutes apart, at 12:38 pm. and 12:43 pm. local time (11:38 pm. and 11:43 pm. ET), and those landed in the waters between the Korean Peninsula and Japan.

Japan's Defense Ministry said that the North Korean projectiles had fallen in the waters outside the country's exclusive economic zone while the Japanese coast guard stated that there was no report of any damage to ships or aircrafts from the missiles.

Associated Press (AP) reported that South Korean and US intelligence authorities were analyzing more details about the missile launches.

Japanese Prime Minister Yoshihide Suga said the missile launch by North Korea threatened the peace and safety of Japan and the region, and was absolutely outrageous.

"The government of Japan is determined to further step up our vigilance," PM Yoshihide Suga said. "Surveillance to be prepared for any contingencies."

"We are aware of the missile launch and are consulting closely with our allies and partners," USINDOPACOM said in the statement.

"While we have assessed that this event does not pose an immediate threat to U.S. personnel or territory, or to our allies, the missile launch highlights the destabilizing impact of the DPRK’s illicit weapons program," the statement read. "The U.S. commitment to the defense of the Republic of Korea and Japan remains ironclad."