News
Pakistan can do more to help us in Afghanistan: Pentagon 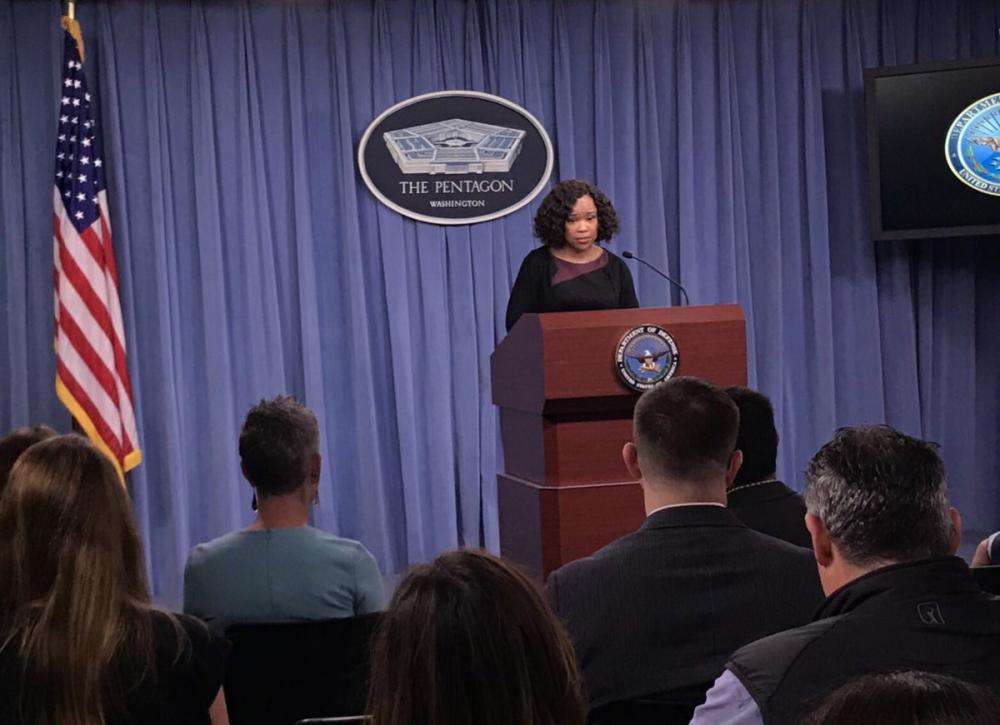 Washington: The US has said that it believes Pakistan has more oppurtunities to fight terrorism and help to ensure stability in Afghanistan.

Dana White, a spokesperson for US Department of State, told reporters on Thursday: "With respect to Pakistan, we have opportunities with Pakistan. We think Pakistan can do more, and we'll look to them and work with them to find opportunities to further regional security."

White said that terrorist groups like ISIS aim at scaring people in Afghanistan and hence they targeted voting registration centres in the war-hit nation in recent times.

"In Afghanistan, one, we have to remember that the Taliban and ISIS, their motive is to scare people. It's fear. And they are purposely targeting voting registration. That is what they're doing in order to ensure -- because they can't win at the ballot box," she said.

There have been several suicide attacks carried out in voting registration centres in the nation in recent times.

A blast near a voter registration center at Jalalabad in Afghanistan injured at least seven people on Apr 29.

In another suicide attack on a voter registration centre in the Dasht-i-Barchi area of Afghanistan's Kabul city Apr 22, at least 57 people were killed.

Armed conflict in Afghanistan killed 763 civilians and injured 1,495 in the first three months of this year, the United Nations mission in the country said recently.

“All parties to the conflict in Afghanistan must do everything in their power to protect civilians from harm,” said Ingrid Hayden, the Secretary-General’s Deputy Special Representative for Afghanistan. “Afghan civilians continue to suffer, caught in the conflict, in ways that are preventable; this must stop now.”

The 2,258 civilian casualties, documented from 1 January to 31 March by the UN Assistance Mission in the country, known as UNAMA, are at the similar levels recorded in the first three months of 2017 and 2016. Anti-Government elements caused 1,500 civilian casualties, up six per cent from the same period last year.

Suicide improvised explosive devices (IED) and complex attacks were the leading cause of civilian casualties – a new trend. The Mission found that combats on the ground were the second leading cause, followed by targeted and deliberate killings, explosive remnants of war, and aerial operations.