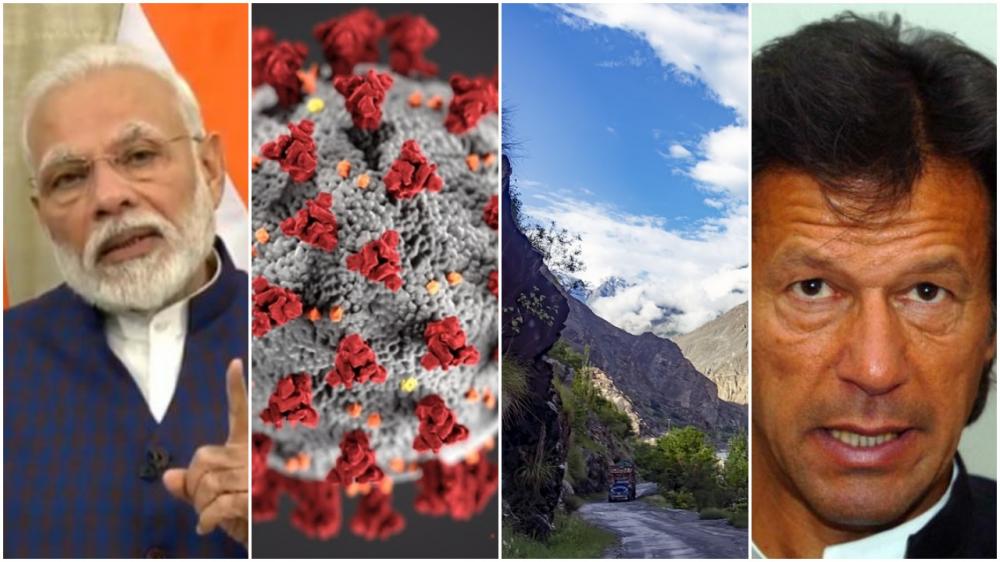 In his national address on Thursday, Modi had urged people to follow 'Janata Curfew' (people's curfew) on Sunday which was observed overwhelmingly and from yesterday a large section of the nation has been put under lockdown to fight the disease.

In its latest measure, the Indian government on Monday announced domestic flights, barring cargo planes, will not operate from Tuesday midnight.

The measures announced by Modi earned appreciation from PoK leaders.

A political leader from PoK who is now living in Glasgow, Dr. Amjad Ayub Mirza told ANI, "It is a highly commendable act that Prime Minister Modi has announced a 'Janta Curfew' on Sunday to combat Coronavirus, PM Modi's leadership is to be noted."

He also highlighted that the COVID-19 patients of Pakistan are being sent to PoK for isolation. Calling it “totally unacceptable” he opined that it might lead to the spread of the virus in the region.

He also called for the closure of China and Gilgit Baltistan border amid the virus outbreak.

He said Pakistan is lacking proper quarantine facility at present.

"There is a serious lack of quarantine facilities as well as test kits. A young doctor from Gilgit by the name of Osama is struggling for his life [ he died later] due to Coronavirus while treating patients. Hospitals, where Coronavirus patients are being kept, lack basic facilities such as running water or proper toilets," Mirza revealed while speaking about the plight of the region during the virus outbreak.

A political activist from Gilgit Baltistan who is living in Washington DC, Senge Hasnan Sering told the agency that PM Modi is playing a constructive and supportive role as expected from the leader of the world's fourth-largest economy.

“His policy of 'no citizens left behind' has earned him recognition from opposition parties who are also supporting his Sunday lockdown directive," Sering told the news agency.

"Although Gilgit-Baltistan is a direct neighbour of China's Xinjiang, its inhabitants are getting coronavirus infection transmitted from a completely unexpected location like Iran. When compared with Pakistani provinces and PoK, G-B has the highest number of positive cases in proportion to population size," he added.

Blaming Pakistan-China's ambitious CPEC project for the chaos, he said, it was because of the CPEC that COVID-19 is now raging across Pakistan and Iran, adding that it should serve as a lesson to the three nations to halt the project.

Pakistan has recorded six deaths so far. Over 800 people are hit by COVID19 till Monday.

Reports have been emerging that Pakistan has failed to implement systems needed to properly tackle the COVID 19 outbreak.