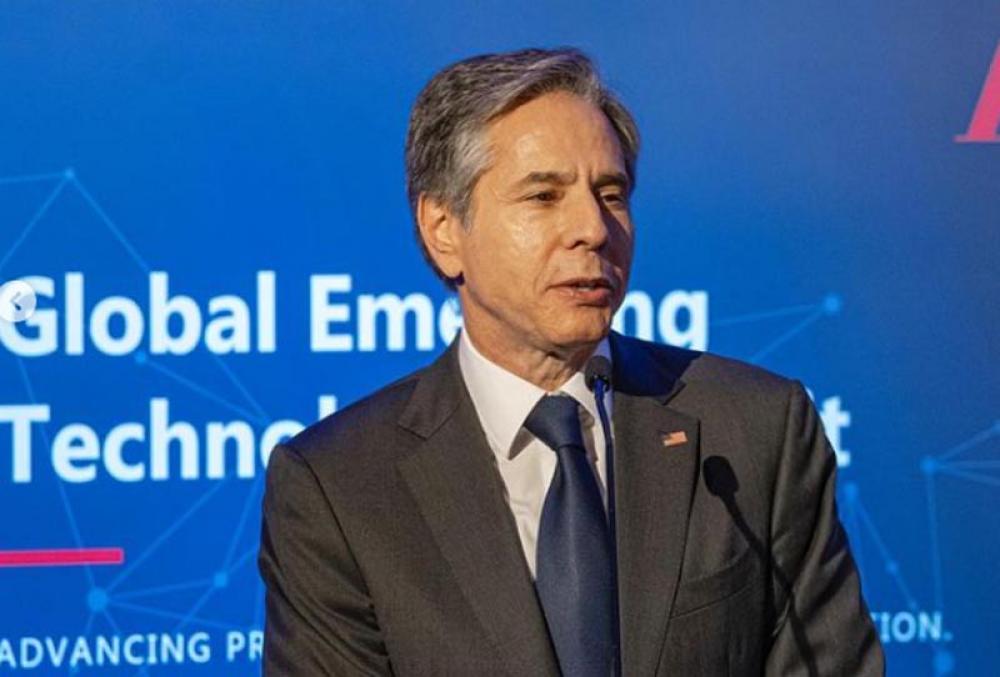 Beijing: The Chinese Embassy in the United States has called on Washington to comply with the "One China" principle and adhere to its commitments regarding Taiwan.

The remark comes after US Secretary of State Antony Blinken on Tuesday urged all UN member states to join Washington in supporting Taiwan’s "robust [and] meaningful" participation throughout the United Nations system in line with the "One China" policy.

" On October 26, US Secretary of State Antony Blinken issued a statement on "supporting Taiwan's meaningful participation in the UN system". Recently, in a blatant affront to the One-China Principle, the US side has been using every possible occasion to hype the Taiwan question to help Taiwan expand its "international space". The Chinese side expresses its strong concern over this and will by no means accept it. We have repeatedly expressed our firm position and lodged stern representations with the US side," read the statement issued by the embassy.

"The One-China Principle is a common consensus of the international community, and a universally-recognized norm governing international relations that brooks no challenge or distortion of the US side. There is only one China in the world. The Government of the People's Republic of China is the sole legal Government representing the whole of China. Taiwan is an inalienable part of China's territory. 180 countries, including the United States, have established diplomatic relations with China on the basis of abiding by the One-China Principle. The Taiwan region's participation in activities of international organizations, including the United Nations, must be dealt with in accordance with the One-China Principle," read the statement.

" UNGA Resolution 2758 has solved once and for all the issue of the People's Republic of China's representation in the UN in political, legal and procedural terms. The system, specialized agencies and the Secretariat of the UN should abide by the One-China Principle and UNGA Resolution 2758 when dealing with Taiwan-related affairs," the statement said.

The statement further said: "Fifty years ago, the US attempt to create 'one China, one Taiwan' or 'two Chinas' in the UN ended up in a complete failure. But today, it is still openly emboldening and supporting 'Taiwan independence' forces and challenging international law and basic norms governing international relations, including the One-China Principle. Such efforts will be futile and doomed to failure. It must be pointed out that the One-China Principle and the three Sino-US Joint Communiques are the political foundation of the China-US relationship."

"The Chinese side has been firmly opposed to and has never accepted the "Taiwan Relations Act" and the "Six Assurances" unilaterally concocted by the US side. Therefore it could not be more ridiculous for the US side to put the 'Taiwan Relations Act' before the three Sino-US Joint Communiques in its statement. We urge the US side to face up to the fact, stay true to its commitment, adhere to the One-China Principle and the three Joint Communiques, and abide by UNGA Resolution 2758. We urge the US side to stop official contacts with Taiwan, cease making irresponsible and erroneous remarks, and take real actions to maintain the overall situation of China-US relations and cross-Strait peace and stability," the statement said.

Earlier this month, Taiwanese Defense Minister Chiu Kuo-cheng said that mainland China may be fully prepared to attack the island by 2025. His assumption followed the deployment by China of 150 military aircraft into Taiwan’s air defense zone since early October for drills. Last week, US President Joe Biden said that his country would come to Taiwan's aid in case of military aggression from China.