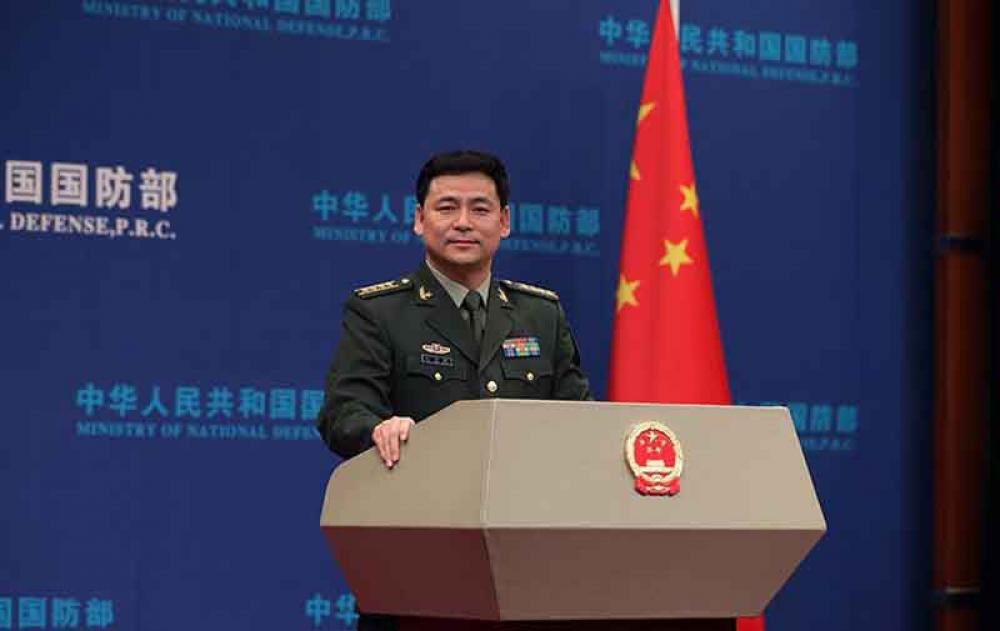 Beijing: China is firmly opposed to any form of official exchanges or military contacts between the US and Taiwan, said Senior Colonel Ren Guoqiang, a spokesperson for China's Ministry of National Defense, on Tuesday.

Snr. Col. Ren made the remarks when commenting on the recent military exchanges between USA and Taiwan, reports .

He pointed out that China is firmly opposed to any form of official exchanges or military contacts between the US and Taiwan, any attempt by the US to use Taiwan to contain China, and any effort of Taiwan to act on the US support and seek "Taiwan independence" with force.

Ren said that the complete reunification of China is a historical necessity and the great rejuvenation of the Chinese nation is an unstoppable trend.

The peace and stability across the Taiwan Strait are the common aspiration of the people.

He reminded the US to fully realize that China’s development and growth cannot be stopped by anyone or any force.

The US should abide by the one-China principle and three China-US joint communiqués, and sever all military ties with Taiwan, he said.

The Democratic Progressive Party (DPP) authorities in Taiwan must be soberly aware that the future of Taiwan lies in national reunification and the wellbeing of the Taiwan compatriots hinges on the rejuvenation of the Chinese nation, he said.

Any attempt to “seek for independence by relying on the United States” is doomed to failure, Ren stressed.

He added that, in recent days, the PLA has dispatched multi-type aircraft to conduct exercises in the Taiwan Strait, which is a necessary action in response to the current security situation across the Taiwan Strait and the need to safeguard national sovereignty.

The PLA will resolutely perform the sacred mission of safeguarding national sovereignty and territorial integrity, and ensuring national security.