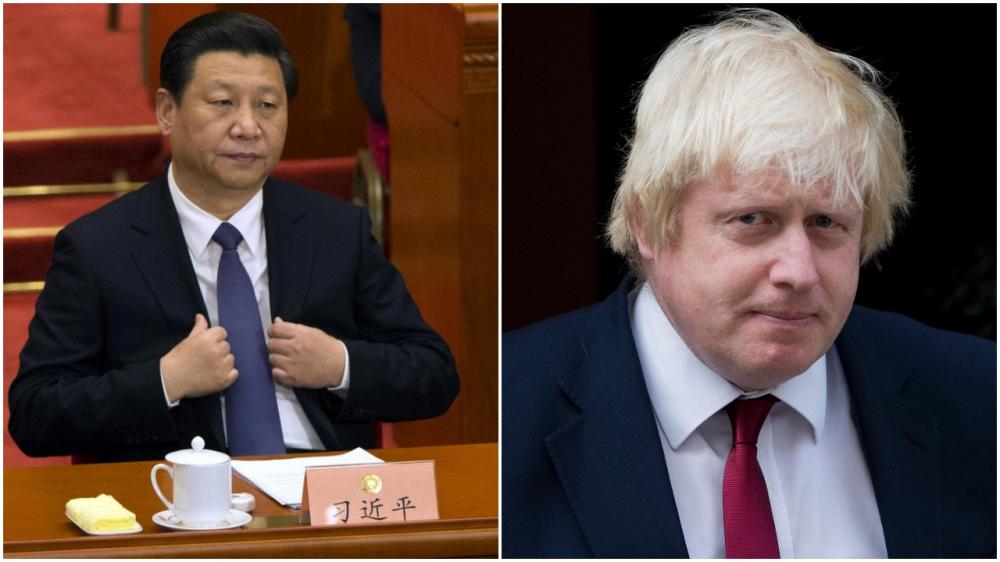 London/: The British government's mollifying stance on China is likely to harden in the coming months once the immediate concerns regarding the COVID-19 outbreak are dealt with, media reports said.

Novel coronavirus, which has emerged from China, has now hit nations across the globe.

Tory insiders have told The Australian that Britain’s highly rated intelligence agencies and increasing numbers of backbenchers have an increasingly hawkish view on China’s handling of the coronavirus and believe the country has to take decisive steps to overcome future Chinese takeovers of hi-tech companies amid the economic chaos.

Meanwhile, a conservative think tank has alerted that Britain depends too much on China for imports that are key to critical national infrastructure and the economy.

Members of the Five Eyes are dependent on China for 831 separate categories of imports – of which 260 service elements of critical national infrastructure (CNI) – according to a think tank report released recently. The Five Eyes is an anglophone intelligence alliance comprising Australia, Canada, New Zealand, the United Kingdom and the United States.

The report, published by the Henry Jackson Society, says these categories of goods include consumer electronics like laptops and phones, as well as pharmaceutical ingredients necessary for antibiotics, painkillers, and anti-viral medicines.

The report uses “Comtrade” data, compiled by the UN, of 5910 subsets of goods to measure “strategic dependency”. A country is “strategically dependent” on China for a good when more than 50% of imports of that good are from China, it is a net importer of those goods, and China controls more than 30% of the global market for that good.

The report said the UK is strategically dependent on China for 229 categories of goods.  57 of these have applications in critical national infrastructure.

The report findings come as a group of Conservative MPs in the UK have written to the Trade Secretary to say that they plan to amend the Trade Bill currently before Parliament to legally require the Government to reduce strategic dependency on China.

The letter — which cites the HJS report — is signed by 21 MPs including David Davis, Iain Duncan Smith, and Owen Paterson.

The report recommends that the other Five Eyes members mirror the US’ system of entity listing for countries found to have engaged in unfair trading practices or IP theft.  The report also suggests the members of the Five Eyes establish a working group to explore the viability of a Five Eyes free-trading zone.

The paper also includes freshly released polling that shows 63% of the British public support adopting an American-style tougher trade approach with China, a plurality of Britons now believe the process of globalisation was carried too far as practised, and 62% of UK adults would support “bringing back manufacturing of critical medical supplies to the UK from China”.

“The Five Eyes’ concerning reliance on China – a country that does not share our values and has different strategic priorities – has been exposed by the Covid-19 crisis.  The pandemic has laid bare the dangers of rampant globalisation without consideration of who our trading partners are, whether they are distorting the free trade system, and how our strategic dependency might make us vulnerable," says Alan Mendoza, Executive Director, HJS.