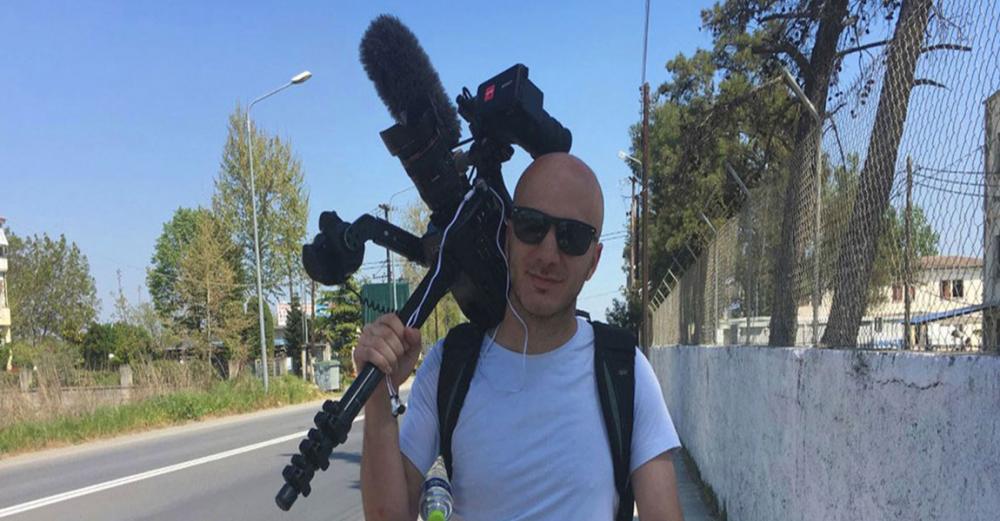 New York: Hassan Akkad, an award-winning Syrian film-maker, fled the war in his country four years ago and now lives as a refugee in the United Kingdom. Following the outbreak of COVID-19, he decided to help those affected by the pandemic, by becoming a cleaner at a London hospital.

The documentary of Mr. Akkad’s perilous escape from Syria, where he had been imprisoned and beaten, was awarded a British BAFTA. He appears frequently in the media, and a mobile phone video he made, advocating for health workers, has been credited with convincing the UK government to include hospital cleaners and porters in a COVID-19 bereavement scheme.

Akkad shares his story as part of the #RealLifeHeroes campaign, by the UN Office for the Coordination of Humanitarian Affairs (OCHA), ahead of this year’s World Humanitarian Day, on 19 August.

“I believe that community is kindness. In the middle of so much hardship, I saw my local community in East London coming together to support each other. People were picking up prescriptions for neighbours they’d never even met, or dropping off food parcels.

I did an internet search and saw that my local hospital, Whipps Cross, was looking for cleaners. It felt like a direct way that I could contribute to the wellbeing of my fellow Londoners. It’s where I would go myself if I, or my partner, or the families on my road, got ill. It was my honour to contribute in some small way.

The people I met there are, without a doubt, some of the most humble, hard-working, dedicated human beings I’ve ever met in my life. They come from all corners of the world - Ghana, Italy, Poland, the Caribbean, Spain, Iran.

It’s important to point out that I was there for three months, most have been working there for years - my colleague Albert, who trained me, has been working for the NHS for over a decade. These people work just as diligently when people aren’t out on the streets clapping for them every Thursday - their commitment to the NHS and to their communities goes beyond news cycles, and beyond COVID. They inspired and energised me every day. They are like family to me.

‘Save one hundred lives, and you’re a nurse’

The hardest thing about the pandemic is how it has separated loved ones from each other. Seeing people become seriously ill, and pass away, without having their families near, was very difficult to witness.

When cleaning, you see people in the ward every day - lots of them became my friends over the period they were in hospital, I would greet them every morning, we would chat about the day, do what’s possible to make them feel comfortable. It’s what I hope someone would do for my loved ones in the same situation.

A standout moment for me was when one of my colleagues on my ward said to me: “care for one, that’s love. Care for hundreds, that’s nursing... save one life and you’re a hero, save one hundred lives and you’re a nurse.” That’s stuck with me ever since.

On one day, the ward was short on staff. Sister Perlita, a nurse for more than thirty years, called her son, a student nurse in the same hospital, and asked him to come help her out on the ward. He showed up in 20 minutes and they worked alongside each other all day. It sounds like a small thing - but for me it encapsulated so much of the attitude of people coming together, families supporting each other and pulling through. It’s these small, quiet actions of support that are the most powerful for me.”