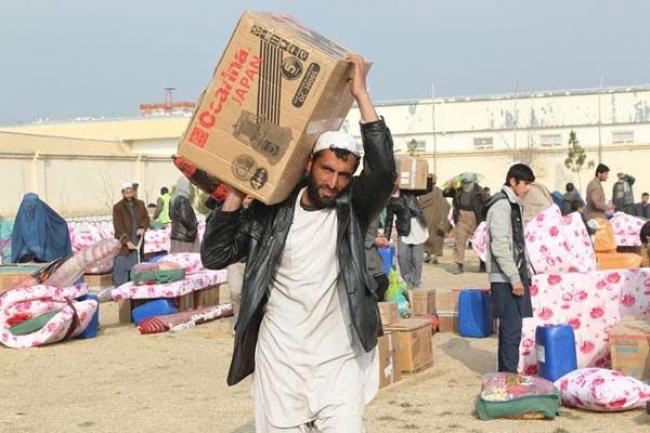 New York, Dec 29 (Just Earth News/IBNS): The United Nations and its partners have helped deliver humanitarian aid packages to over 100 families affected by the recent fighting in the Kunduz area of northern Afghanistan, according to the UN mission in the country.

As part of the Afghan Civilian Assistance Programme (ACAP), a countrywide project aiding people affected by conflict, mines and explosive remnants of war, the families receivedvarious food and non-food items, including water containers and bedding materials, from the Mine Action Coordination Centre of Afghanistan, which is supported by the UN Mine Action Service (UNMAS). Since the Kunduz fighting this past autumn, over 500 families have received a variety of food and non-food aid via ACAP, with further distributions planned in the province, according to the UN Assistance Mission in Afghanistan (UNAMA). Between 28 September and 13 October, Kunduz city residents suffered a Taliban attack and temporary occupation, followed by a counter-offensive by pro-Government forces who regained control of the city. There was also fighting elsewhere in Kunduz province. A report released in December by UNAMA and the Office of the UN High Commissioner for Human Rights (OHCHR) documented civilian deaths and injuries during the period, with a preliminary toll of 289 civilians killed and 559 injured. Other sources point to thousands of people displaced from their homes. Abdul Matin, who lost one of his legs in the fighting, said he was happy to receive the help. “I’m in contact with the physical rehabilitation people to have a prosthesis leg made for myself,” he added, noting that people are tired of conflict and want the parties to stop the violence. Parikhal, a mother-of-six who lost her husband in the fighting, said she is grateful to receive an aid package, although she expressed uncertainty as to how she will manage to support her family in the long term. Photo: UNAMA