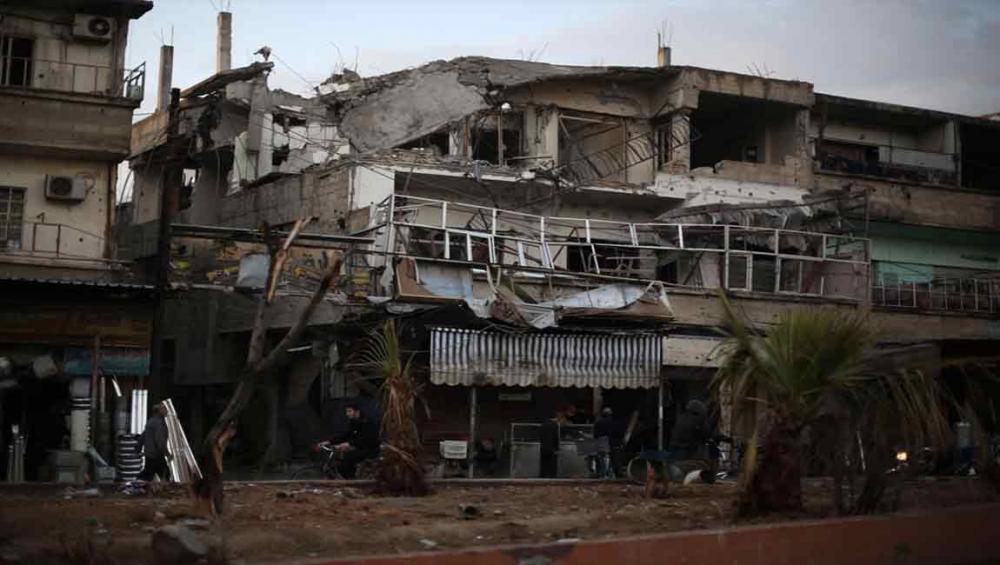 New York, Dec 22(Just Earth News): The list of people requiring life-saving medical help in Syria is getting shorter not because they were evacuated, but because they died, a senior United Nations advisor warned on Thursday.

“In many months we reached only 10 or maximum 20 per cent of people in besieged areas. In December, we haven’t reached a single soul,” Jan Egeland, Special Advisor to the UN Special Envoy, told journalists in Geneva after meeting with countries that have influence on the warring parties inside Syria, where war has raged for nearly seven years.

Egeland said that inside “what is left of Syria,” nearly 14 million people need humanitarian assistance and well over half of them get help every month. Things are much more complicated for the 3.4 million people surviving in besieged areas and so-called “hard-to-reach” places, including Eastern Ghouta, Foah, Kafraya and Yarmuk.

The international humanitarian task force has helped “dozens and dozens” of aid convoys reach previously inaccessible areas, but many other places still remain out of bounds, he said, calling for improved aid access to the country’s most vulnerable communities in 2018.

Egeland said although the number of people living in these front-line areas has fallen by nearly a half since 2016, humanitarian access has not improved.

He expressed hope that upcoming ceasefire talks in Astana with Russia, Turkey and Iran, would improve access for aid workers, before calling for a political solution to the “quagmire” that Syria has become.

Just outside Damascus, conditions remain dire in Eastern Ghouta, an opposition-held area where 400,000 people are still under siege, amid ongoing mortar attacks by rebels into the Syrian capital.

Food is now only available “to the most affluent,” Egeland said, warning that the list of people requiring life-saving medical help is getting shorter all the time – “not because we are evacuating them, but because they are dying.”

He said these include a nine-month old infant born in Eastern Ghouta with a cleft-palate who died a week ago from severe acute malnutrition.