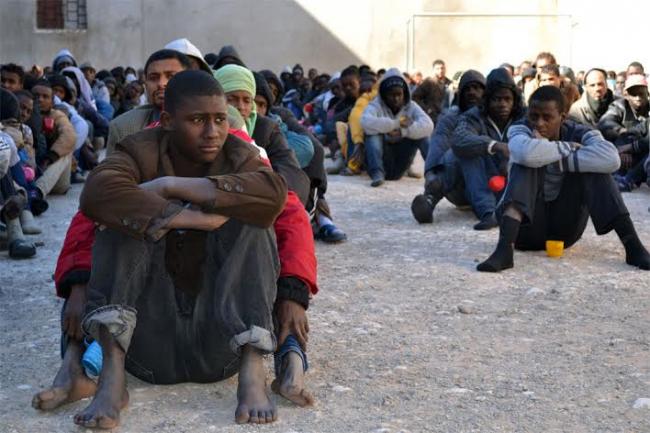 New York, Oct 10 (JEN): Acting to help â€œsave the threatened lives of migrants or of victims of human traffickingâ€ and to disrupt criminal enterprises operating on the high-seas off the coast of Libya, the United Nations Security Council on Friday authorized for one year operations by the European Union (EU) and individual countries to inspect and or seize vessels of suspected of people smuggling in the Mediterranean.

By a vote of 14 in favour, with Venezuela abstaining, the Council adopted a resolution under Chapter VII of the UN Charter, which authorizes the use of force, through with countries and regional organizations could board ships for inspection, seize and even dispose of vessels suspected of being used by migrant smugglers. The Council deplored the continuing maritime tragedies in the Mediterranean Sea that have resulted in hundreds of casualties, and noted with concern that such casualties were, “in some cases, the result of exploitation and misinformation by transnational criminal organizations which facilitated the illegal smuggling of migrants via dangerous methods for personal gain and with callous disregard for human life.” As such, countries, through the new resolution, are authorized to inspect vessels on the high-seas off Libya which they “have reasonable grounds to suspect are being used for migrant smuggling or human trafficking from Libya,” provided “good faith efforts” are made to obtain the consent of the vessel’s flag State. The resolution however states that such authorization does “not apply to vessels entitled to sovereign immunity under international law” and applies “only in the situation of migrant smuggling and trafficking of human beings high seas off the coast of Libya.” Calling on Member States to help Libya, when requested, to strengthen the means available to it to secure its borders and prevent migrant smuggling and human trafficking, the Council also urged States, “in the spirit of international solidarity and shared responsibility,” to cooperate with the Libyan Government, and each other, including by sharing information about acts of smuggling and human trafficking in Libya’s territorial sea and on the high seas off the country’s coast. Council members also underscored that the aim of the resolution is intended to disrupt the organized criminal enterprises engaged in migrant smuggling and human trafficking and prevent loss of life, “and is not intended to undermine the human rights of individuals or prevent them from seeking protection under international human rights law and international refugee law.” Photo: Mathieu Galtier/IRIN