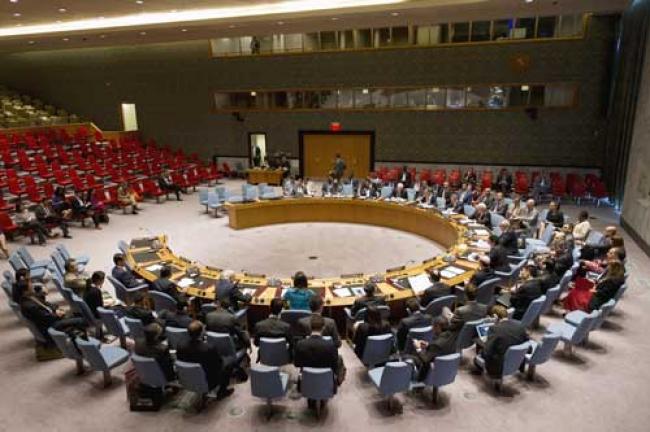 New York, Oct 4 (JEN) The General Assembly is embarking on a new partnership between Member States and civil society, the President of the 68th body, John Ashe, on Thursday said highlighting the role of non-governmental organizations and other partners in shaping a new global development agenda.

“I believe we are embarking on an openness now,”  Ashe told journalists in New York in his first press conference since the Assembly’s annual General Debate wrapped up on Tuesday. “As we begin to move along, we will begin to see more of this, moving towards a new norm.” The current dialogues have achieved a “happy medium” between the kind of participation that civil society desire and the type with which Member States are comfortable, he said. “It’s not possible without civil society,” the Assembly President continued, adding: “Civil society should help to define what we hope to be a universal global development agenda.”  Ashe had chosen the theme for this year’s General Assembly, “The Post-2015 Development Agenda: Setting the Stage!,” which would begin in the period after the 2015 deadline of the Millennium Development Goals (MDGs). Calling it “remarkable,”  Ashe noted that despite situations in Syria and the Middle East which featured prominently over the seven days of the Debate, the majority of Member States commended the choice of theme and pledged their support. “Despite wars, trials and tribulations, and famine, floods, virtually all the Member States that spoke did address the theme in one way or another, welcomed the choice and pledged their support and cooperation to advancing the theme,” he noted. On the eve of the high-level debate, which opened on 24 September,  Ashe and UN Deputy Secretary-General Jan Eliasson took part in a special event in which regional civil society networks presented their recommendations in Arabic, English, French and Spanish for a post-2015 agenda. The event - ‘Advancing Regional Recommendations on Post-2015: A Dialogue between Civil Society, Governments and UN Representatives’ - brought together more than 1,100 civil society representatives, along with Member States and UN officials.