Srinagar: Pride Kashmir, a social advocacy group working for the equality of LGBTQA+ community in India's Jammu and Kashmir, recently earned the wrath of the conservatives in the region for their proposed Pride March.

A picture posted by Pride Kashmir hinted that they would hold a pride march at Lal Chowk area in Srinagar.

Kashmiri Youth Movement, whose initiative it is, claimed they have received death threats from conservatives.

The group uploaded an audio message on its Twitter page where a person, who identifies himself as Aqib Dar, could be heard threatening Kashmiri Youth Movement.

"I am from Kashmir. I am not from Pakistan," he said. Abusing Hindus and Hindu gods, the man also glorified the Pulwama Terror Attack and the murder of the CRPF Jawans. 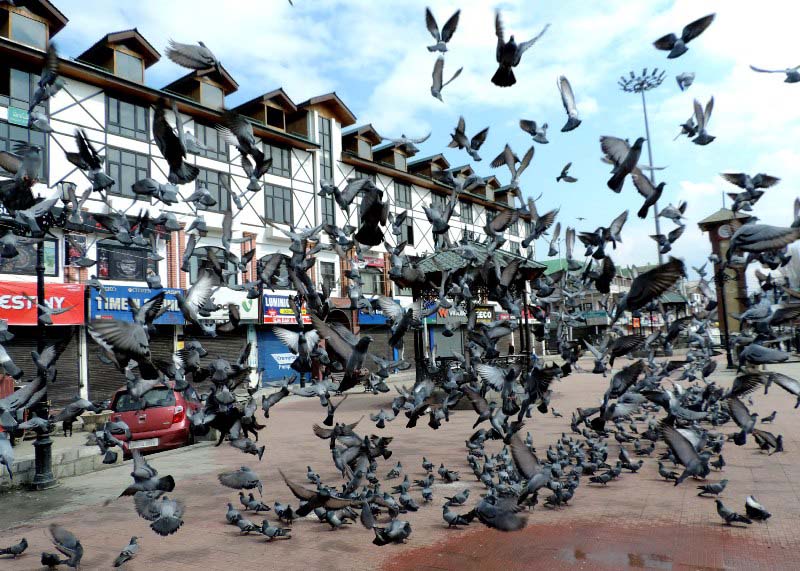 "We are flooded with hateful, homophobic comments and death threats on our social media page for merely hinting towards the idea of organizing a Pride March in Lal Chowk, Srinagar #PrideKashmir #PRIDE2020," the group said.

We are flooded with hateful, homophobic comments and death threats on our social media page for merely hinting towards the idea of organizing a Pride March in Lal Chowk, Srinagar #PrideKashmir #PRIDE2020

Meanwhile, Jammu and Kashmir Workers Party (JKWP) president Junaid Mir reacted to the development and was quoted as saying by The Real Kashmir News: "Religion is an endless ocean.Lets not invite hostility. Homosexuality is not ethical and moral in the eyes of our Creator but let’s not touch this topic for many reasons. Allah never punishes one for the feelings of the heart. This issue is very much debatable and controversial."

"Like for many in the world sex is divine,relaxant, both physically and mentally and the definition varies from person to person how they perceive it, depends on how they are evolved with life not involved or revolving around. And for me personally homosexuality is not spiritually uplifting but for many it may be uplifting and what not. So in this context and considering the bigger scheme of things let’s not touch the subject and hurt emotions without any rhyme and reason.We must tolerate the opinions and behaviour of others so that they will similarly tolerate our own.One philosophy one slogan Live and let live," the Kashmiri leader was quoted as saying.