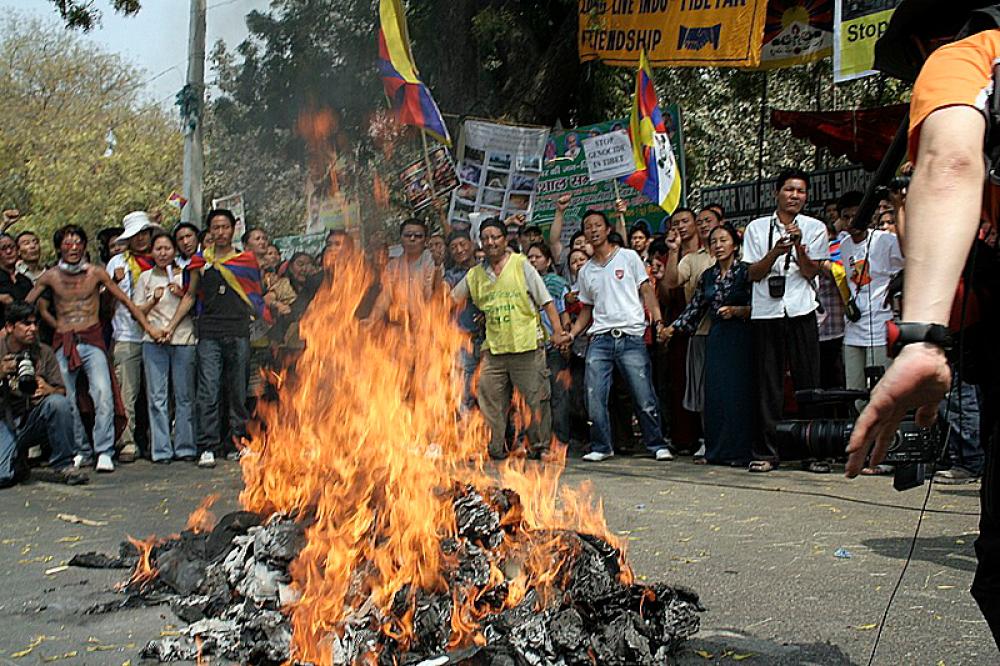 Representational image by Ramesh Lalwani on Flickr via Wikimedia Commons

The restrictions imposed in the city made people stay in their homes without adequate food or medical care, Radio Free Asia reported.

The Oct 26 protest included both Han Chinese and Tibetans living in the city, and was Lhasa’s largest since a 2008 uprising, later crushed by Chinese security forces by Tibetans calling for greater freedoms under Chinese rule.

Chinese authorities have now detained around 200 Lhasa residents in the wake of last week’s protest, RFA learned from Tibetan sources speaking on condition of anonymity to protect their safety.

“Though many of these detainees are of Chinese origin, there are also a number of Tibetans coming from other parts of Tibet and from Chengdu,” one RFA source said, referring to the capital city of western China’s Sichuan province.

“They are currently being held inside buildings owned by development companies inside the Tibet Autonomous Region,” or TAR, the source added.

Also speaking to RFA, a second person said that it has been difficult so far for outside sources to identify the Tibetans currently being held. “But the main allegations against them appear to be that they took a lead role in organizing the protests. Most of them appear to be working-class residents of the city.”

“One of my friends is among those who were detained, and I have no information about what conditions are like for them now or even if they have adequate food,” the source said.

Most of the Han Chinese detained in the protest were later freed and allowed to return home, and though Tibetan detainees were told they would be freed by Oct 29, there is no evidence that any have been released, he added.

China imposed a lockdown in Lhasa early in August as COVID-19 cases started to rise.