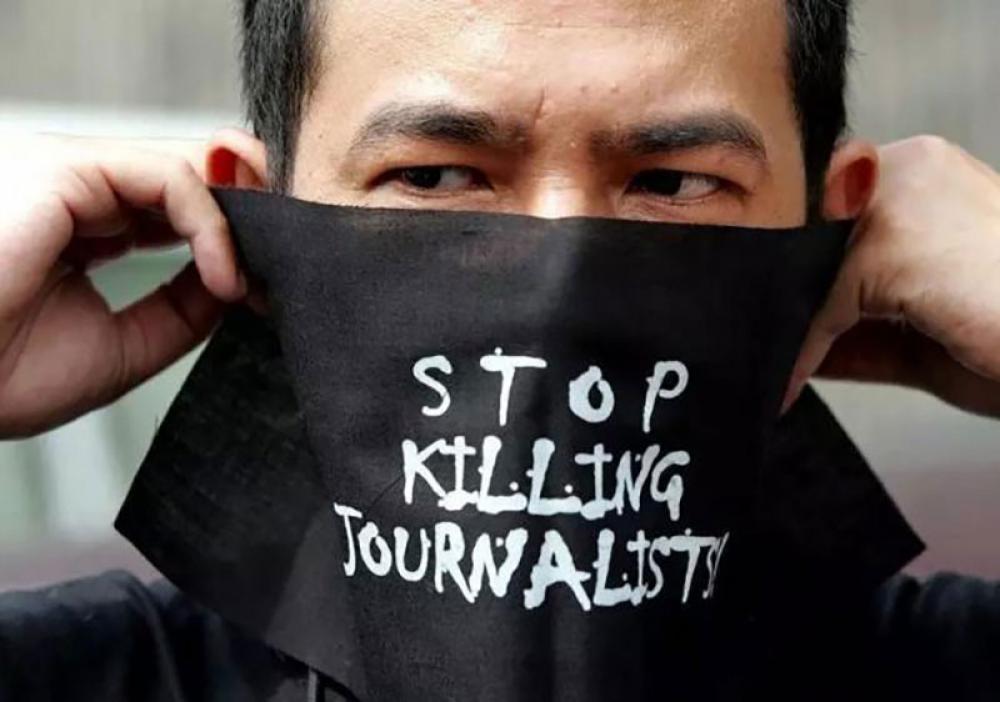 Kabul: A survey by Reporters Without Borders (RSF) and the Afghan Independent Journalists Association (AIJA) shows a radical change in the Afghan media landscape since the Taliban seized power.

A total of 231 media outlets have had to close and more than 6,400 journalists have lost their jobs since August 15. Women journalists have been hit the hardest, with four out of five no longer working, read the RSF website.

The Taliban takeover’s impact on Afghanistan’s media has been dramatic, according to the survey by RSF and its local partner, the AIJA.

More than four out of every ten media outlets have disappeared and 60 percent of journalists and media employees are no longer able to work.

Women have suffered much more than men — 84 percent of them have lost their jobs.

The figures for the previous situation come from a survey of the media and journalists operating in Afghanistan that was carried out before the Taliban took control of the country.

The arrival of the Taliban has radically changed the media landscape.

Of the 543 media outlets tallied in Afghanistan at the start of the summer, only 312 were still operating at the end of November.

This means that 43 percent of Afghan media outlets disappeared in the space of three months.

Just four months ago, most Afghan provinces had at least ten privately-owned media outlets but now some regions have almost no local media at all.

There used to be 10 media outlets in the mountainous northern province of Parwan but now just three are functioning.

In the western city of Herat (the country’s third largest) and the surrounding province, only 18 of the 51 media outlets are still operating – a 65 percent fall.

The central Kabul region, which had more media than anywhere else, has not been spared the carnage.

The closure or reduction in the activities of media outlets has had a major impact on employment in the media sector.

Proportionally, women have been hit much more – more than four out of five (84 pc) have lost their jobs since the Taliban takeover, as against one out of every two men (52 pc).

Six provinces have seen three quarters of their male journalists lose their jobs. But no female journalist at all is still working in 15 of the country's 34 provinces.

The Taliban controlling many localities impose conditions on the local media that include not employing any women journalists at all.

The media landscape is now largely devoid of women journalists, even in regions such as Kabul where traditionally there were more of them.

Fewer than 100 women journalists dared to return to work in the weeks after the Taliban arrived in Kabul and told women to stay at home.

Others have returned to their media outlets in the past two months. But, of the 1,190 women journalists and media workers counted in the capital at the start of August, only 320 are now working – a 73 percent fall.

The environment for journalists in the capital and the rest of the country has become extremely fraught since the Taliban takeover.

Media must now comply with the “11 Journalism Rules” issued by the information and culture ministry and with Taliban interpretation of Islamic doctrine on “Enjoining good and forbidding wrong.”

The dangerous “Journalism Rules” open the way to censorship and persecution, and deprive journalists of their independence, forcing them to tell information and culture ministry officials what they would like to cover, get their permission to go ahead and finally inform them about the results of their reporting in order to be able to publish.

In some provinces, the obligation to replace news and music programmes with programmes whose content is solely religious in nature has also driven some local radio stations to cease broadcasting.

“There is an urgent need to rein in the spiral leading inevitably to the disappearance of Afghan media and to ensure that respect for press freedom is a priority,” said Reza Moini, the head of RSF’s Iran-Afghanistan desk.

“Journalists’ safety, the fate of women journalists, media legislation and the right of access to news and information are all crucial issues that the authorities must address without delay," said Reza Moini, adding that "without a free press capable of exposing bad governance’s failings, no one will be able to claim that they are combating famine, poverty, corruption, drug trafficking and the other scourges that afflict Afghanistan and prevent a lasting peace.”

Government spokesman Zabihullah Mujahid told RSF that the Islamic Emirate of Afghanistan supports “freedom for the media in the defined framework for preserving the country’s higher interests, with respect for the Sharia and Islam.”

He also said that the government wanted to “help those media that are operating to continue to do so, and help the others to find solutions so that they can resume operating.”

Asked about the many incidents involving Taliban violence against journalists in the field (around 40 since August 15), Mujahid recognised the responsibility of the security forces, whose “behaviour has not always been correct and professional,” he said.

At the same time, he said efforts would be made “to try to train them and control such behaviour.”

The spokesperson added that the government’s goal was to continue meeting with media representatives “in order to jointly find solutions” to the current problems.

Aside from Taliban harassment, media owners have to cope with new economic constraints.

Many media outlets were receiving national and international funding that ended when the Taliban seized control.

“These subsidies, which came above all from countries that had a military presence in Afghanistan and which had an interest in providing them, have now ended,” said Mujahid, the government spokesman.

The media have also been badly hit by a loss of advertising revenue. In Nangarhar province, which has lost 35 percent of its media outlets, the owner of a radio station that closed in October said:  “The economic situation is so bad that most businessmen, even if they haven’t had to shut up shop, can no longer afford to spend money on advertising.”

Recognising the disappearance of many media outlets, Mujahid noted that many media “executives and managers had fled the country.”

This had contributed to “collapse” of their media outlets, he said.

Hundreds of journalists have left Afghanistan since August for fear of reprisals or because of the impossibility of continuing to practice their profession.

IAJA executive-director Hojatollah Mujadadi said: “Beyond the numbers, the closure of nearly half of the country's media and the loss of more than 6,000 jobs are a disaster for press freedom."

"If international institutions do not help journalists and media in Afghanistan and if the government does not take urgent action, the other half of the media and journalists, who are still working in really difficult conditions, will suffer the same fate,” Hojatollah Mujadadi added.

Afghanistan was ranked 122nd out of 180 countries in the World Press Freedom Index that RSF published last April.