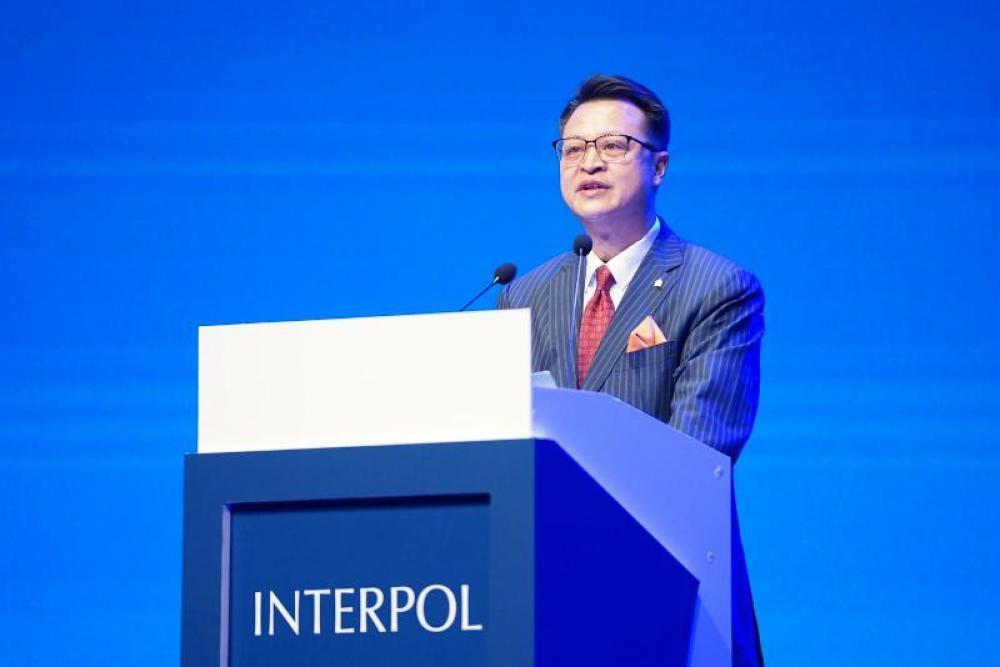 Lyon, France (JEN): A senior Chinese government official has been elected as one of the members in the executive committee of global crime-fighting body, International Criminal Police Organization (INTERPOL), despite opposition from global human rights groups and an alliance of lawmakers from 20 countries, according to South China Morning Post.

Deputy director general of the Chinese public security ministry's international coordination department, Hu Binchen, on Thursday won one of the two seats representing Asia on the international body's executive committee, while Praveen Sinha, the special director of India's Central Bureau of Investigation (CBI), was elected for the other seat from Asia, Interpol said.

Mr Binchen HU of China and Mr Praveen SINHA of India have been elected to the posts of Delegate for Asia (3-yr term). pic.twitter.com/H5qRHRzPZK

The elections of China's Hu Binchen and UAE's al-Raisi have disappointed global human rights groups and lawmakers from 20 countries who campaigned against their candidacies because of alleged human rights abuses by their respective countries, the Hong Kong based English-language daily reported.

As many as 50 lawmakers from 20 countries, who are part of the Inter-Parliamentary Alliance on China (IPAC), wrote a joint letter to their governments raising alarm at China's moves to gain influence over the global policing body, reports Asian News International (ANI).

According to ANI, the joint letter had references to recent attempts by the Chinese government to use the Interpol Red Notice system to target Uyghur activists living in exile and argues that Hu's election in the key post would give Beijing a 'green light' to continue using Interpol as "a vehicle for the People's Republic of China (PRC)'s repressive policies."

In a separate letter from 40 human rights activists to the Interpol Member States warning that the Chinese official's election would have "grave consequences for the safety and wellbeing of Chinese, Hong Kongers, Taiwanese and Chinese human rights activists living outside China as well as Tibetan and Uyghur diasporas," the Indian media outlet reported.

The South China Morning Post reported Hu Binchen’s election has come three years after former Interpol president Meng Hongwei – who was also a colleague of Hu at the ministry – disappeared on a visit to China in 2018, halfway through his term heading the global body.

It later emerged that Meng Hongwei had been detained, and after being investigated for corruption by the Chinese Communist Party’s disciplinary watchdog, he was sentenced to 13-and-half years in jail, and during Meng's detention, Interpol received his resignation, under 'mysterious circumstances', according to the daily from Hong Kong.

Claiming that Meng's prosecution was "entirely fair and unrelated to political persecution", Chinese foreign ministry said the PRC was playing its part in supporting Interpol by nominating Hu Binchen, adding that "multilateral crime-fighting efforts should not be affected by politics," reports South China Morning Post.