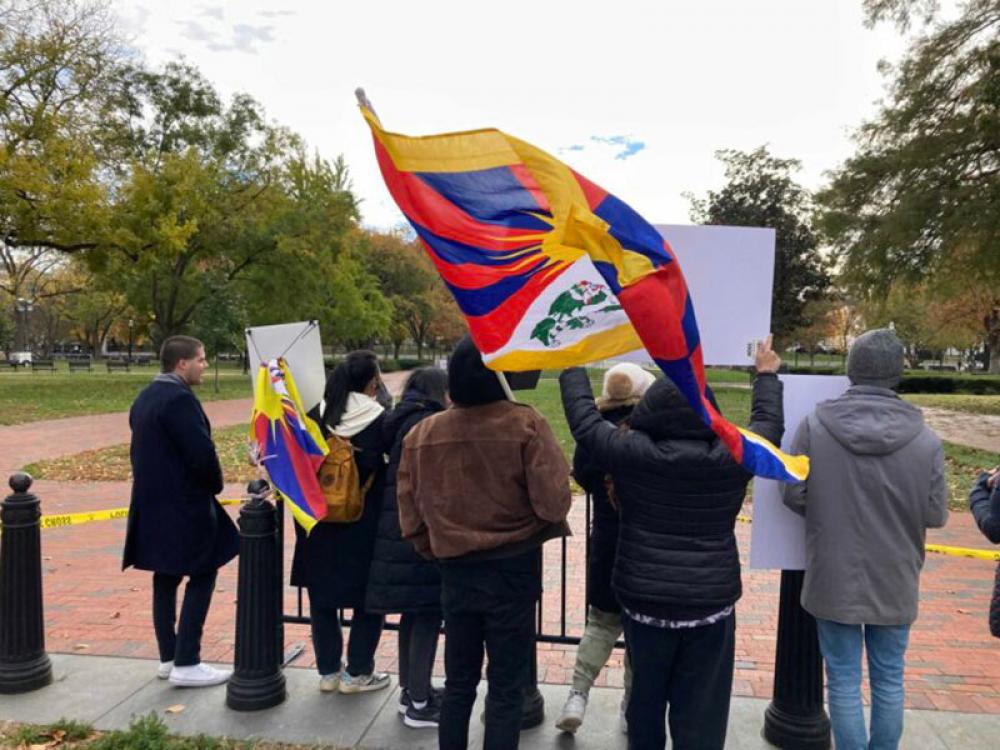 Tibetan community members are scheduled to demonstrate in Washington on Monday to press their demond to boycott the 2022 Beijing Olympic Games over human rights issues in China.

Students for a Free Tibet group tweeted: "Don’t forget about our rally happening today at 2pm!  Media can join at 3pm for the press conference portion of the rally."

Uyghur, Tibetan and Hong Kong activists have been demanding a complete boycott of the Beijing Games for the past couple of months by holding rallies in different corners of the globe.

The International Olympic Committee’s major corporate sponsors should explain publicly how they are using their leverage to address human rights abuses in China ahead of the 2022 Beijing Olympic Games, Human Rights Watch said recently.

Sponsors should also press the International Olympic Committee (IOC) to adopt a human rights policy to identify, prevent, mitigate, and account for any adverse human rights impacts across all Olympic operations and events, including for the 2022 Beijing Winter Games.

The Chinese government has committed crimes against humanity against Uyghurs and other Turkic Muslims in Xinjiang, escalated repression in Hong Kong, tightened control over the media, and deployed mass surveillance.

“There are just three months until the Beijing 2022 Winter Olympics, but corporate sponsors remain silent over how they are using their influence to address China’s appalling human rights record,” said Sophie Richardson, China director at Human Rights Watch.

“They are squandering the opportunity to show their commitment to human rights standards and risk instead being associated with an Olympics tainted by censorship and repression.”