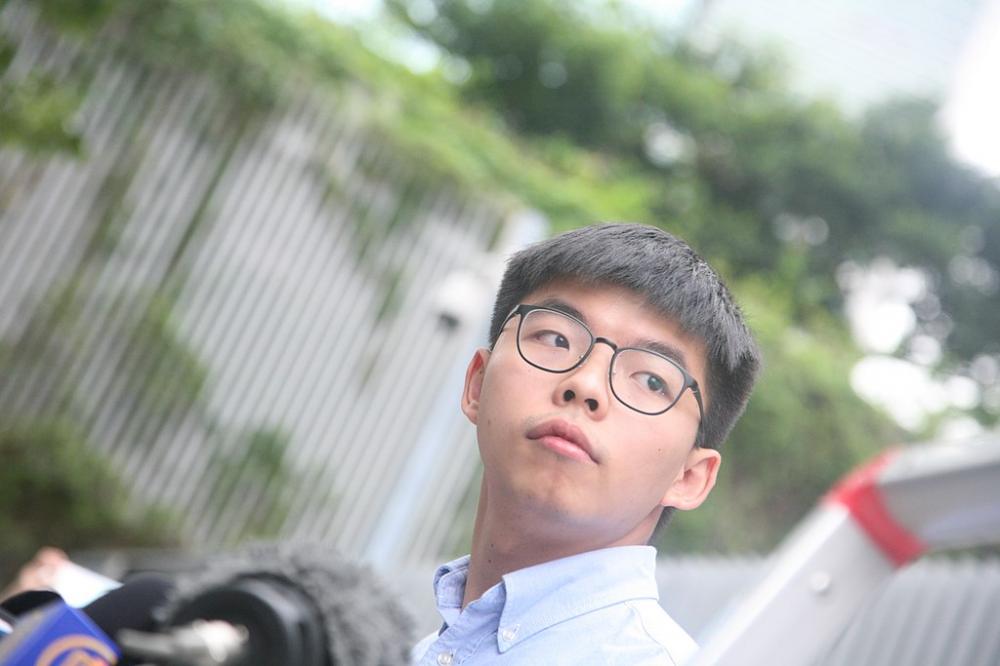 The group announced on Facebook on Tuesday afternoon that it respected the decisions of leading members Joshua Wong, Nathan Law, Agnes Chow and Jeffrey Ngo, who decided to step down hours after China’s top legislative body passed a law that is set to criminalise secession, subversion, terrorism and foreign interference in Hong Kong, Hong Kong Free Press reported.

Demosisto was a pro-democracy political organisation established on 10 April 2016 as a political party.

It was led by Joshua Wong and Agnes Chow – former leaders of Scholarism, along with Nathan Law, former secretary-general of the Hong Kong Federation of Students (HKFS).

Scholarism and the HKFS were the two student activist groups which played an instrumental role in the 79-day occupy protests known as the Umbrella Revolution in 2014.

The Hong Kong police on Wednesday arrested over 180 suspects for violating the new national security law, just a day after the Chinese central government enacted the legislation.

On Tuesday, the standing committee of China's legislature voted unanimously in favor of the national security bill, sparking a firestorm of negative comments from the Hong Kong opposition as well as several Western officials, who claim it would undermine the city's autonomy guaranteed during its transition from the United Kingdom to China. By Tuesday evening, Chinese President Xi Jinping signed the bill into law. Earlier on Wednesday, the police made the first arrest for the law violation.

"A man was arrested for holding a #HKIndependence flag in #CausewayBay, Hong Kong, violating the #NationalSecurityLaw. This is the first arrest made since the law has come into force," the police tweeted.

Later in the day, a group of people gathered near East Point Road in Causeway Bay chanting slogans in support of independence of Hong Kong, which is a violation of the brand-new law, according to the police.

"Over 70 have been arrested for participating in unauthorised assemblies and other related offences, including two for suspectedly violating #NationalSecurityLaw. Lawful #HKProtests are always respected but unlawful acts are to be rejected. Please stop breaking the law," the law enforcement agency tweeted.

The police subsequently updated the number of those arrested to over 180.

EU High Representative for Foreign Affairs and Security Policy Josep Borrell on Wednesday called upon China to respect the rights of Hong Kong residents, including freedom of speech and press, amid the adoption of the national security law by Beijing.

"In line with assurances that China gave in the past, the European Union considers it essential that the existing rights and freedoms of Hong Kong residents are fully protected, including freedom of speech, of the press and of publication, as well as freedom of association, of assembly, of procession and of demonstration," Borrell said in a statement.

The EU top diplomat also said that the bloc was concerned for Hong Kong’s autonomy and independence of its judiciary in light of the new law. Borrell added that the EU would continue raising the issues around the law in "its dialogue with China."

On Tuesday, the standing committee of China's legislature voted unanimously in favor of the national security bill, sparking a firestorm of negative comments from the Hong Kong opposition as well as Western officials, who claim it would undermine the city's autonomy guaranteed during its transition from the United Kingdom to China.

The new legislation bans separatist, subversive and terrorist activities, along with any form of foreign interference in Hong Kong. According to Beijing, the new security law aims to punish illegal activities in the city without harming the existing democratic freedoms of locals.

The Hong Kong police have already arrested over 180 people on Wednesday for "participating in unauthorised assemblies and other related offences" which are punishable according to the new law.