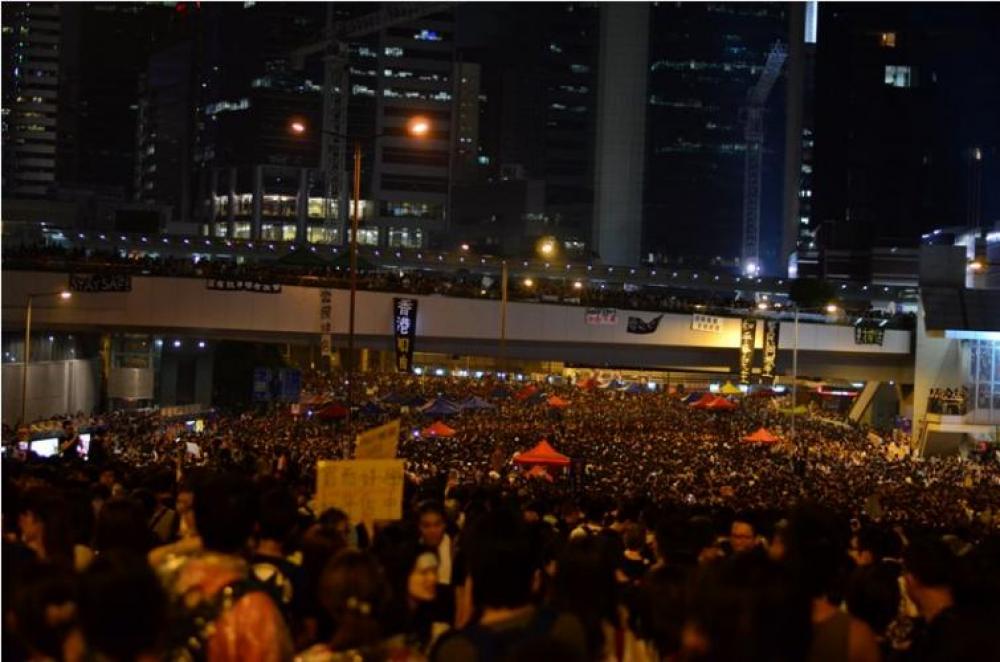 The police reportedly used tear gas and water cannons to disperse the crowd.

An event to mark five years since Beijing ruled out fully democratic elections was banned by officials and called off by organisers, reported the British media.

Several pro-democracy activists and lawmakers were arrested by the police on Friday.