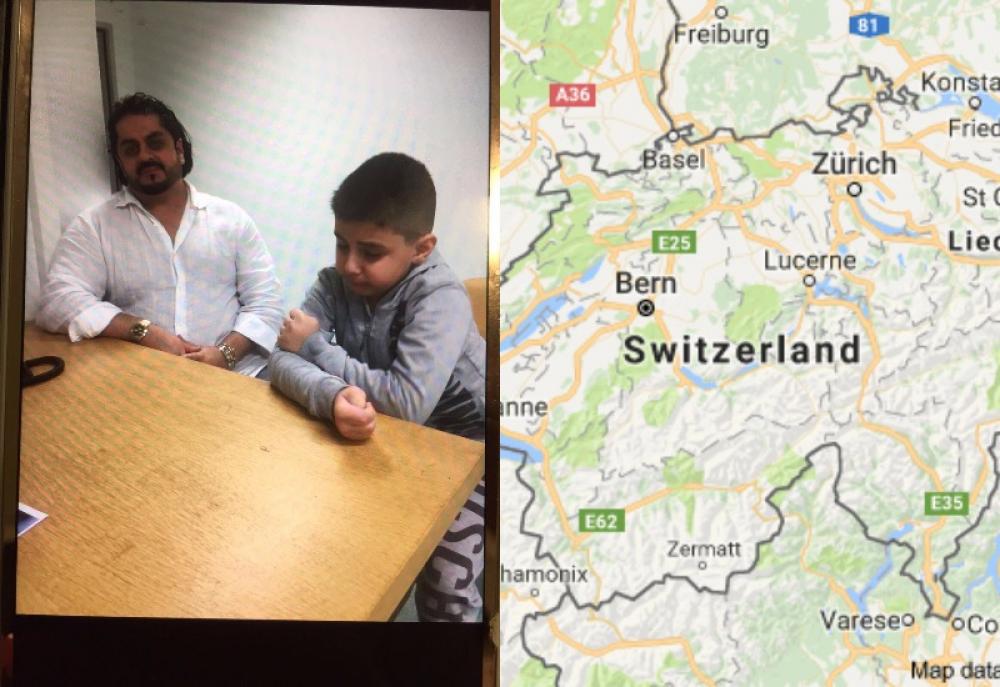 While most of them have slammed Pakistan for forcing a neutral nation like Switzerland to place the ban on Marri, some have pointed fingers at the latter for its involvement.

Pictures of #Balochistan's exiled leader of the Marri people, Nawab @MehranMarri with his son & daughter in detention at Zurich @zrh_Airport by Swiss Authorities at the behest of Pakistan's Military Dictatorship.

Shame on you #Switzerland. You do not deserve to host the UNHRC. pic.twitter.com/wYB97Cm30Z

Noted liberal activist Tarek Fatah said on Twitter, "Pictures of #Balochistan's exiled leader of the Marri people, Nawab @MehranMarri with his son & daughter in detention at Zurich @zrh_Airport by Swiss Authorities at the behest of Pakistan's Military Dictatorship. Shame on you #Switzerland. You do not deserve to host the UNHRC."

Fatah found support from fellow Twitter user Mohammad Ali Talpur, who said that the detention was 'violation of freedom of travel aimed at curbing the Baloch Movement."

According to Geo TV, Marri, the representative of Balochistan at the UNHRC and the EU, was suppose to join his brother-in-law Brahumdagh Bugti, as the two were planning to host a "major conference on Balochistan in the Swiss capital on November 18 to bring together various Baloch leaders from Europe to announce a joint strategy".

The outlet said that Marri was banned from entering the country at the behest of Islamabad.

A Twitter user Jamil Baloch accused the West of turning a blind eye on the perils of Balochistan.

Following the prevention of World Baloch Organisation’s #FreeBalochistan campaign in United Kingdom . Now a travel ban on Mehran Marri, looks like west is turning a blind eye on #Baloch plight

Earlier this month, black cabs in London displayed 'Free Balochistan' posters at the initiative of the World Baloch Organisation, which advocates for rights of ethnic Baloch. But a day later it was taken down by Transport for London (TfL), which ordered its removal.

Asked about its decision to do away with the posters, TfL told The Independent that it "did not comply with our advertising guidelines."

Later, it was reported that the British High Commissioner in Islamabad was summoned to appear before the Pakistani Foreign Secretary, who made it clear that the adverts 'directly attack its territorial integrity and sovereignty'.

A statement by the Pakistan Foreign office released by Pakistan Today read, "The High Commissioner was informed that Pakistan, in line with the UN Charter, rejects actions and advertisements with malicious content that impinge on our sovereignty and territorial integrity."

“Pakistan is aware of the intentions of such sinister and malicious campaigns, which should not be allowed on the soil of a friendly country,” it read.

I think, the more we highlight this issue globally, the safer he & his family will be. ? https://t.co/AOgC1WFxoL

Amrita Bhinder, the spokesperson of"Chandigarh Bharatiya Janata Yuva Morcha, the youth wing of Bharatiya Janata Party (BJP), the incumbent national party in India, said, "Let’s help out @MehranMarri by RTing his plight and exposing Pakistan’s strong arm tactics. I think, the more we highlight this issue globally, the safer he & his family will be. ."

"The detention of Baloch rights campaigner @MehranMarri and his family at Zurich airport is condemnable, I request Swiss authorities to consider Pakistan’s rhetoric on Baloch untrue," he said.