Kabul: While the world is fighting Coronavirus spread, terror attacks continue in Afghanistan as gunmen and suicide bombers stormed into a Sikh Gurudwara in Afghanistan's capital Kabul and killed at least four people on Wednesday morning, media reports said.

Several Sikh worshippers are currently kept as hostage by the attackers inside the building.

Police told BBC the attack on the temple in the Shor Bazar area began at about 07:45

Police rushed to the spot after the terrorists stuck. The entire area has been cordoned off.

Afghanistan security forces are currently engaged in a gun battle with the gunmen.

Anarkali Kaur Honaryar, a Sikh MP in the Afghan parliament, told BBC people were hiding inside the temple and their phones were switched off.

"I am very concerned," he said. "There are about 150 people inside the temple. Families are living there and they usually gather to offer prayers in the mornings."

Tariq Arian, a spokesperson for the Ministry of Interior confirmed to Khaama Press that a group of suicide bombers intruded into a Sikh temple in Shor Bazar area at around 7:45 am local time.

The Taliban group said it is not responsible for the incident.

Taliban spokesperson Zabiullah Mujahid in a statement said the Islamic Emirate has no link with the attack in Shor Bazar area of Kabul, reported Khaama Press. 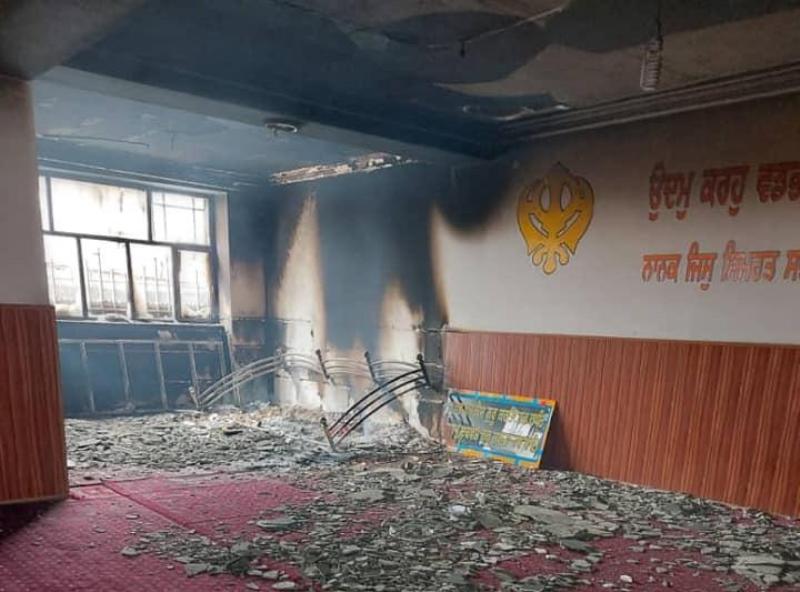 According to terrorism experts, this is the likely handiwork of the LeT (Lashkar-e-Taiba) and Haqqani group that have been carrying out activities in the name of Daesh.

"While the whole world is United against Corona Virus, some elements like Taliban/ TTP continue with their hatred. This is high time Pakistan should stop its support to such elements and stand together with humanity and with civilisations," said a source in Kabul.

People of the minor Sikh community have faced widespread discrimination in the country in the hands of Islamic extremists.