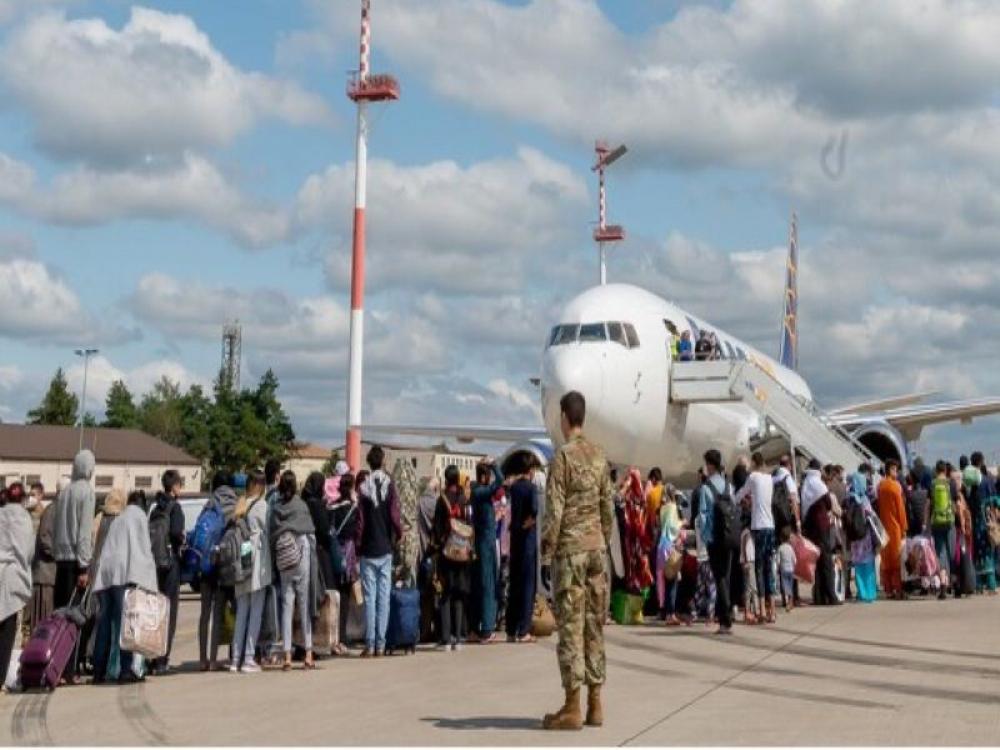 Kabul: The evacuation flights from Kabul resumed Friday, a little over three hours ago, after Thursday's twin blasts outside the airport killed over a hundred people, including 13 US soldiers, according to media reports.

ISIL (ISIS) offshoot in Afghanistan, The Islamic State in Khorasan Province, ISKP (ISIS-K), has claimed responsibility for the attack. The terror group said that its suicide bomber its suicide bombers singled out “translators and collaborators with the American army”, reported Al Jazeera.

Meanwhile, several countries have said their evacuation has reached the final stage as they brace for more attacks ahead of the evacuation deadline of Tuesday, August 31.

Reporting from Kabul, Al Jazeera said, “The Taliban have drafted in thousands of other fighters from the provinces to try and increase the security around the airport, but there is an increasing sense of fear and trepidation in the city”.

Evacuation flights resumed some three hours ago on Friday at the time of writing this report.

Meanwhile, Spain said Friday that it has finished evacuation from Afghanistan following the arrival of “the last two Spanish flights” in Dubai.

The country had started airlifting its citizens from Afghanistan just over a week ago.

“A military A400 plane arrived in Dubai from Kabul at 7:20 am. A second is due to land at 8:20 am. With these two flights, the Spanish evacuation of its Afghan collaborators and their families has been completed,” the government said in a statement.

The UK said it is entering the final stages of its evacuation, with 1,000 leaving today, according to BBC.

“We will process those people that we have brought with us, the 1,000 people approximately inside the airfield now,” British Defence Secretary Ben Wallace told Sky News. “And we will seek a way to continue to find a few people in the crowd, where we can, but overall the main processing has now closed and we have a matter of hours.”

Nearly 14,000 UK citizens and Afghans have been airlifted since mid-August but lamented that "not every single one will get out."

Meanwhile, Australia said it pulled out troops before Kabul blasts.

“We were able to ensure the departure of the remaining Australian personnel over the course of last night, not that long before the terrible events that unfolded last night took place,” Morrison said at a news conference.

He also said that the US and UK troops helped Australia in the last nine days to evacuate some 4,100 people, including 3,200 Australians and Afghan citizens with Australian visas.

Morrison said Australia had intensified evacuation and removed its troops ahead of Thursday's suicide attack over “very clear intelligence” of an impending attack.

“The doors at the airport are now closed and it is no longer possible to get people in,” Soereide said in an interview with TV2.

Norway had earlier agreed to assist in airlifting Afghan evacuees from the Gulf region to follow-on points in Europe, according to a US State Department statement.