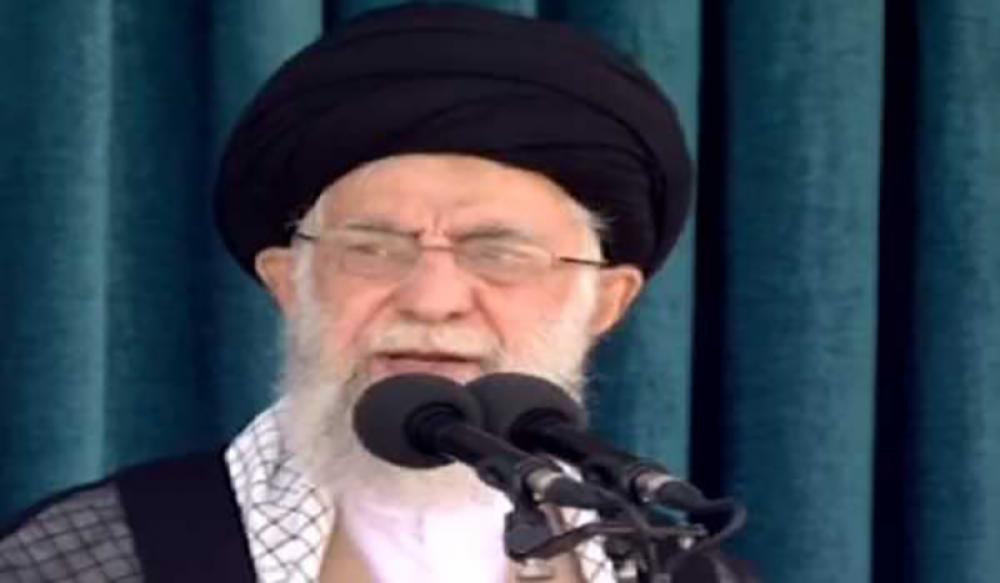 Tehran: Iran's supreme leader has blamed the US and Israel for the protests sweeping the country following the death of a woman in police custody.

In his first public comments on the unrest, Ayatollah Ali Khamenei said "riots" had been "engineered" by Iran's arch-enemies and their allies, BBC reported.

The protests are the biggest challenge to his rule for a decade, and he urged security forces to be ready for more.

The US said it was "appalled" by the violent response to the protests.

President Joe Biden issued a statement saying he was "gravely concerned" about reports of the "intensifying violent crackdown on peaceful protesters".

Those protesters were calling for "just and universal principles", he said, adding that the US "stands with Iranian women" who were "inspiring the world with their bravery", the BBC reported.

The UK echoed the sentiment, summoning Iran's most senior diplomat in London on Monday, to tell their leaders in Tehran that "instead of blaming external actors for the unrest, they should take responsibility for their actions and listen to the concerns of their people".

Mahsa Amini, 22, fell into a coma hours after being detained by morality police on September 13 in Tehran for allegedly breaking the strict law requiring women to cover their hair with a hijab, or headscarf. She died three days later.

Her family has alleged that officers beat her head with a baton and banged her head against one of their vehicles. The police have said there is no evidence of any mistreatment and that she suffered "sudden heart failure".

Women have led the protests that began after Amini's funeral, waving their headscarves in the air or setting them on fire to chants of "Woman, life, freedom" and "Death to the dictator" - a reference to Ayatollah Khamenei, the report said.

"But what is not normal is that some people, without proof or an investigation, have made the streets dangerous, burned the Quran, removed hijabs from veiled women and set fire to mosques and cars," he added, without mentioning any specific incidents.

The ayatollah, who has the final say on all state matters, asserted that foreign powers had planned "rioting" because they could not tolerate Iran "attaining strength in all spheres".

"I say clearly that these riots and the insecurity were engineered by America and the occupying, false Zionist regime (Israel), as well as their paid agents, with the help of some traitorous Iranians abroad."

He also gave his full backing to the security forces, saying that they had faced "injustice" during the unrest.