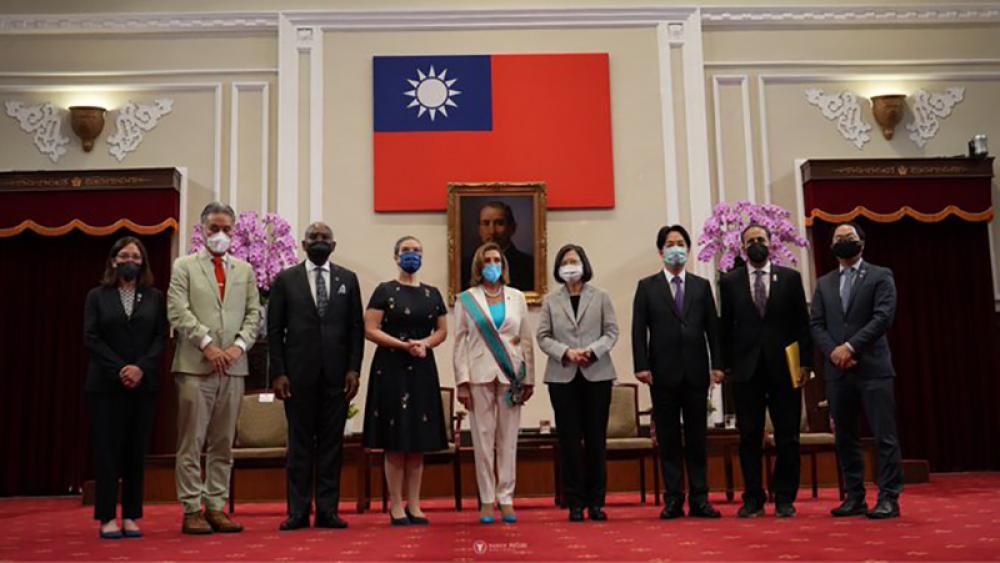 Taipei: Taipei's Defence Ministry on Wednesday slammed China for its planned live-fire military drills in the six maritime areas near Taiwan from August 4 to 7, saying it is an "attempt to blockade the island" and poses a threat to regional security.

The planned military exercises are also an infringement of Taiwan's sovereignty and a violation of international laws as the designated areas either extend to Taiwan's territorial waters or are very close to them, CNA news quoted Defence Department spokesman Sun Li-fang as saying.

The spokesperson was addressing a press conference digitally in the wake of US House Speaker Nancy Pelosi's visit to Taiwan amid strong protests from China.

Shortly after Pelosi landed in Taipei late Tuesday night, the People's Liberation Army (PLA) issued a statement, saying it would hold live-fire military exercises in six different areas in waters around Taiwan from Thursday to Sunday.

China's "irrational" actions would "jeopardize the safety of international waterways, challenge international order, break the status quo in the Taiwan Strait, and endanger regional security", Sun said, referring to the operations announced by the PLA, according to the CNA English News.

Pelosi is scheduled to depart from Taiwan on Wednesday. This is the first high-level delegation visit from US to Taiwan in 25 years.

Notably, she is leading a Congressional delegation to Taiwan. This is the first high-level delegation visit from US to Taiwan in 25 years.

Sun added that Taiwan's military would never seek to start a war or escalate any tension but it was always prepared for combat.

"The military can and will defend Taiwan's territory, and it will also take action to stop any invasive operations," he said.

Meanwhile, Taiwan's Ministry of Foreign Affairs (MOFA) said that China's provocative actions have disrupted international order and will destroy peace and stability in the Taiwan Strait and the wider region, CNA reported.