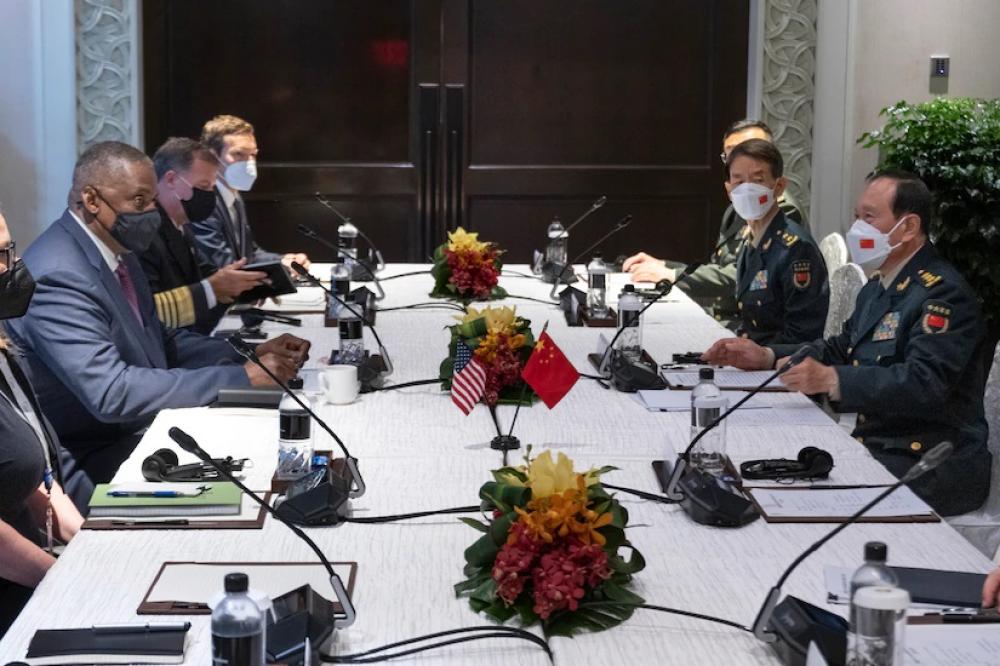 Beijing: China has warned the US that any attempt to make Taiwan, a region which has been engaged in a dispute with Beijing for a long time, independent  will trigger military action.

Splitting Taiwan from China would leave the Chinese military with no choice but to "fight at any cost", Chinese Defence Minister Wei Fenghe was quoted as saying by BBC.

Secretary of Defense Lloyd J. Austin III met on June 10 with the People’s Republic of China’s (PRC) Minister of National Defense General Wei Fenghe on the margins of the Shangri-La Dialogue in Singapore.

During the interaction, Secretary Austin reaffirmed the importance of peace and stability across the Strait, opposition to unilateral changes to the status quo, and called on the PRC to refrain from further destabilizing actions toward Taiwan.

Beijing perceives self-ruled Taiwan as an integral part of China.