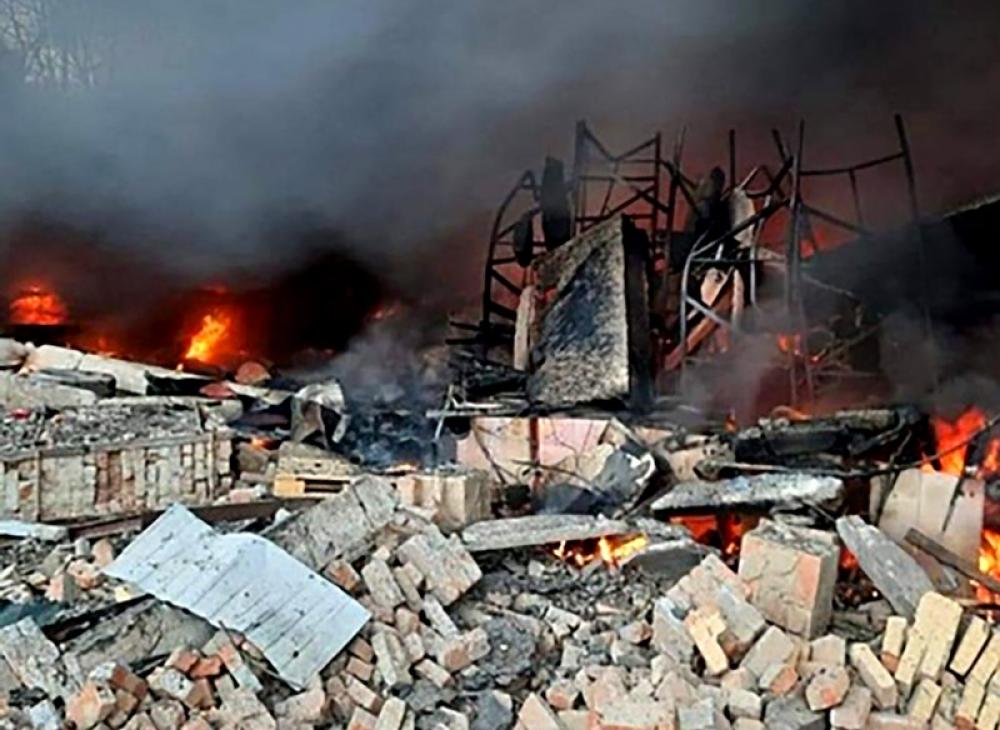 Kyiv: After the discovery of a cache with weapons and explosives at a Kherson military plant, Russian servicemen are conducting raids in the city and its surrounding region to identify sabotage groups left by the Security Service of Ukraine (SBU) during its flight from the city, a Russian security source told Sputnik.

Earlier, as an employee of a Russian law enforcement agency told Sputnik, local residents helped to discover a cache at the Pallada military plant in Kherson, allegedly left by the SBU for sabotage groups in the rear of the Russian Armed Forces.

Among the items found in the cache were AK-74M assault rifles, Dragunov sniper rifles, an RPG-7 grenade launcher with grenades, explosives and components for improvised explosive devices and radio stations.

"Currently, some activities are underway in Kherson and its region, aimed at identifying sabotage groups," the source said.

Russian troops entered Kherson on February 24; since March 2, the city has been under the complete control of the Russian Armed Forces.

Russia launched a special military operation in Ukraine on February 24 in response to calls from the Donetsk and Lugansk people's republics for protection against intensifying attacks by Ukrainian troops.

The Russian Defense Ministry said the special operation, which targets Ukrainian military infrastructure, aims to "demilitarize and denazify" Ukraine. Moscow has said it has no plans to occupy Ukraine.