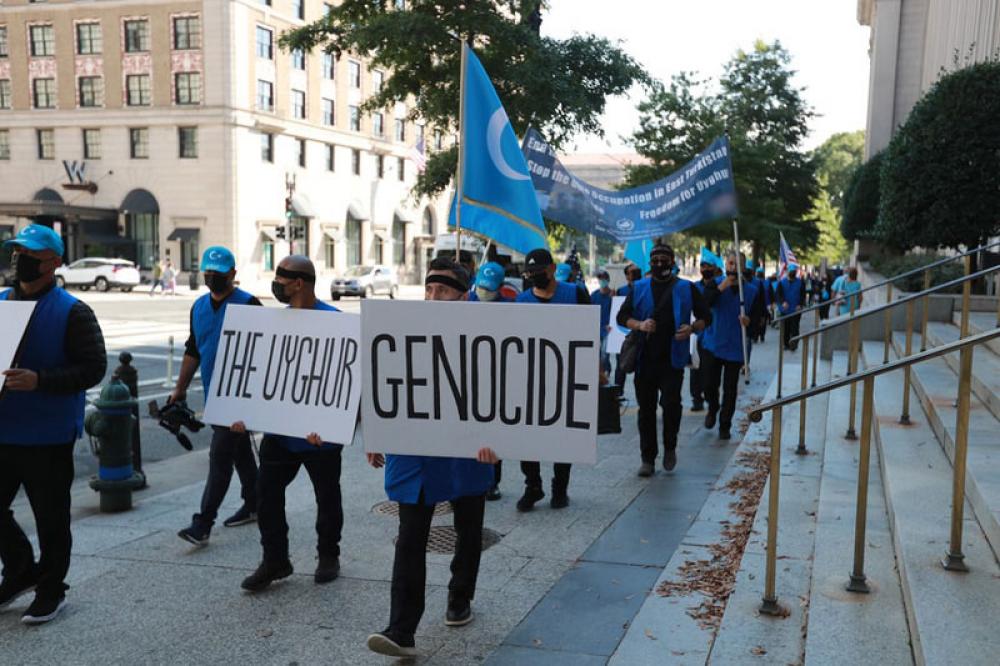 Jakarta: Indonesian capital Jakarta on Friday witnessed protests as demonstrators demanded boycotting of the 2022 Winter Olympics in Beijing over China's treatment of Uighur Muslims in Xinjiang.

Dozens of young protesters gathered outside the Chinese embassy in the Indonesian capital ahead of next month's Games, reports Euro News.

The US government and the British, Belgian, Dutch and Canadian parliaments have said Beijing's policy towards the Uighurs amounts to genocide and crimes against humanity, reports the news portal.