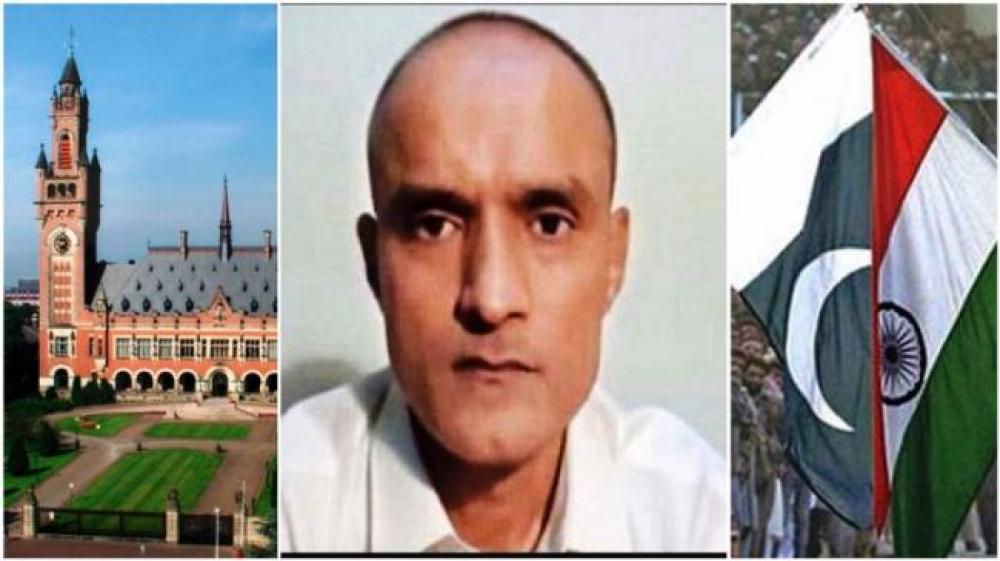 New Delhi: India's lead counsel on the Kulbhushan Jadhav case, Harish Salve, has said New Delhi might need to go back to the International Court of Justice (ICJ) in its bid to get directions for Pakistan to implement the judgment in the crucial case on the Indian national languishing in their jail on espionage charges.

He said Pakistan has not taken a step so far on the issue.

"We have reached the point that we may have to go to ICJ for consequential direction. Because Pakistan has not moved," Salve was quoted as saying by WION.

''I know the current situation," he said and added, India and Pakistan have had 7-8 exchanges and New Delhi was hoping that via backchannel.

"We will persuade Pakistan to let him go. Even if it is a humanitarian ground, we want him back. Because it has become a big ego problem in Pakistan," he was quoted as saying by the Indian news channel.

Ending all speculations, the International Court of Justice (ICJ), last year, in a 15:1 judgement ruled in favour of India as it passed its verdict in the case related to Indian national Kulbhushan Jadhav, who was sentenced to death in Pakistan on charges of espionage. The international court thus stayed the execution of Jadhav by Pakistan.

The verdict was read out  in a public sitting of the United Nations court  in The Hague.

A Pakistani military court in April 2017 sentenced Jadhav to death on charges of espionage and terrorism.

The International Court of Justice had earlier asked Pakistan to hold off the execution till it reaches its final verdict in the case.

Even as Jadhav, 48, was sentenced to death by a Pakistani military court in April 2017,  following the Indian government's move to the international court, the 10-member bench of the ICJ on May 18, 2017 had given a stay order and 'restrained' Pakistan from executing Jadhav till adjudication of the case.

In its written pleadings, India had accused Pakistan of violating the Vienna Convention by not giving consular access to Jadhav arguing that the convention did not say that such access would not be available to an individual arrested on espionage charges.

India had said the so called trial of Jadhav by a military court in Pakistan was "farcical".

Later in December, 2017, Kulbhushan Jadhav was allowed to meet his wife and mother but the MEA in Delhi had said it appeared Jadhav was “under considerable stress” and “speaking in an atmosphere of coercion”.

iii.        India asked Court to issue immediate instructions to Pakistan to not take any action on the sentence awarded to Jadhav till India's request for
Provisional Measures was considered.

9 May 2017                                Court sent an urgent communication to the PM of Pakistan, and called upon Pakistan, to act in such a way, pending Court's decision on India's Request for Provisional Measures (stay order) as will enable any Order the Court may make on this Request to have its appropriate effects.


1.         On 8 May 2017, India instituted proceedings in the International Court of Justice in relation to egregious violations by Pakistan of the Vienna Convention on Consular Relations, 1963 in the matter of arrest, detention and trial of an Indian national Shri Kulbhushan Sudhir Jadhav.

(a)         As Pakistan "arrested" Jadhav, they should have notified the Indian Consular officers without delay;

(b)         that India's consular officers were (are) free to communicate with, and have access to Jadhav;

(c)         that Jadhav had (has) similar freedom with respect to communication with, and access to India's consular officers;

(d)         Pakistan was (is) bound to inform Jadhav of his rights to communicate with, and access to India's consular officers;

(f)          India's consular officers had (have) a right to visit Jadhav, to converse and correspond with him and to arrange for his legal representation.