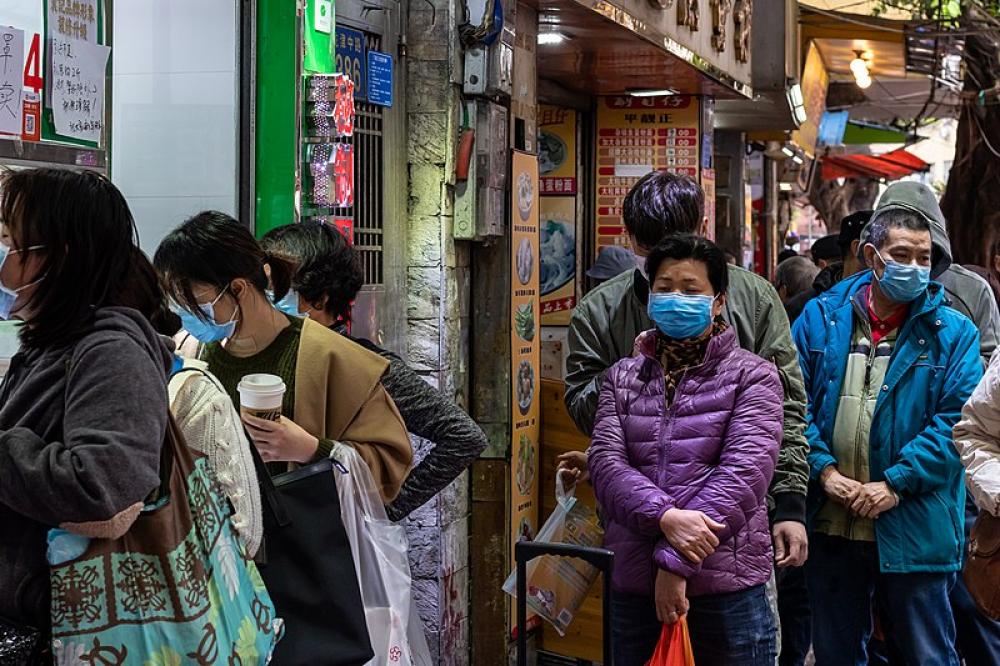 File image by Zhizhou Deng on Flickr via Wikimedia Commons

Guangzhou: China's Guangzhou is witnessing a tough situation as the city is witnessing a surge in COVID-19 cases with nearly 2,000 local infections reported on Monday, media reports said on Wednesday.

It was the second day in a row when the city reported more than 1,000 daily cases.

The city has a population of roughly 18 million.

Guangzhou has imposed restrictions on parts of the city with severe outbreaks and moved more than 30,000 people into centralised quarantine.

Over the weekend, Zhang Yi, deputy director of the Guangzhou health commission, told the newspaper that the city was “experiencing the most complex and severe Covid-19 prevention and control situation in three years”.

Zhang Zhoubin, Communist Party secretary of the Guangzhou Centre for Disease Control and Prevention, told The South China Morning Post on Sunday the new outbreak was mostly caused by the fast spread of the Omicron BA.5.2 variant.

“The virus is fast, stealthy and can lead to aerosol transmission in dense buildings and alleyways, so the dense population created a suitable environment for transmission,” he said.

This is the highest daily count in cases registered in the past six months.

China’s last highest number of cases was reported on May 6. However, even after China’s highhandedness in tackling the pandemic, a day earlier on Friday, China reported 3,659 new local cases, reported Al Jazeera as quoted by ANI.