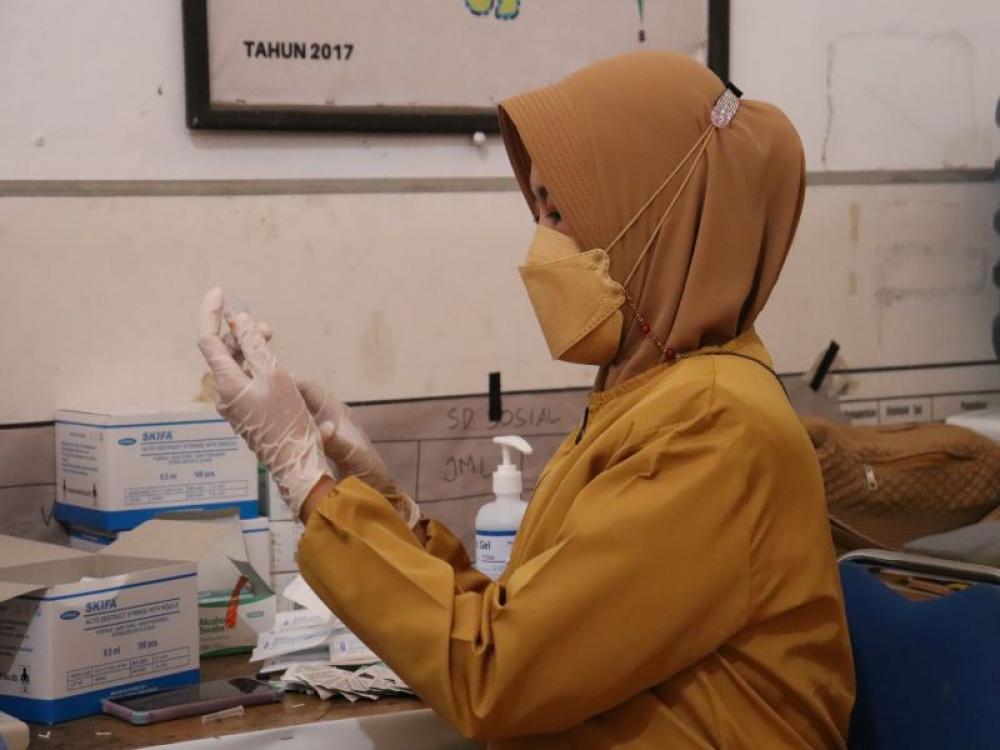 The World Health Organisation (WHO) has drawn flak after it issued a clarification on social media that Covid-19 vaccines are "halal" and "permissible according to Sharia law".

The Twitter users slammed the UN health body for forgetting its role and giving undue importance to a section of a community reluctant to embrace a life saving vaccination drive because of its sense of duty to adhere to religious dogmas.

A Twitter user wrote: "Is @WHO a world body or is it pandering to specific religious choices? Can't imagine a more illiterate way to publicize vaccines that are supposed to save ALL lives!"

Is @WHO a world body or is it pandering to specific religious choices? Can't imagine a more illiterate way to publicize vaccines that are supposed to save ALL lives!

Another Twitter user hit out at WHO for giving Covid-19 vaccine religious colour.

"Hey @WHO do yourselves a favour - how about you renaming yourselves to World Halal or H@ram, whichever is best applicable to you, keeping in line with the same Shar!a laws you consulted for vaccine administration?"

Hey @WHO do yourselves a favour - how about you renaming yourselves to World Halal or H@ram, whichever is best applicable to you, keeping in line with the same Shar!a laws you consulted for vaccine administration?

Criticising WHO for acting in line with the religious beliefs of a section of people instead of dispelling vaccine hesitancy developed out of superstition and conservative thinking, a couple of users tweeted:

I believe WHO has a much much bigger role to play, rather than producing religious certificates…..don’t expect such tweets from you…. does the H in WHO stand for Halal?

Didn't expect it from you!

A Twitter user wondered if WHO will keep giving explanations to religious communities instead of making people conscious about science.

And you will explain it for all communities for all type of misinformation? I mean instead of focusing on making people concious about science you will provide certificate based on religious superstition. Great ðŸ‘

According to a report in The Guardian, the Islamic concern about Covid-19 vaccine is over the ingredients - as lots of believers worry that vaccines may contain pork - which is "haram" or forbidden in Islam.

However, most Sharia scholars have justified Haram ingredients citing the concept known as "transformation" (istihala) essentially a recognition that things can change, according to the report.

The report stated the jurists have also reminded Muslims that necessity and public welfare take priority in emergencies, and stressed Islamic law's five goals (the maqasid al-sharia) which include the preservation of life.

The concern is over the use of chemically purified gelatine which is used to stabilise the active ingredients of many drugs, according to the report.

Pork-derived gelatin has been widely used as a stabilizer to ensure vaccines remain safe and effective during storage and transport, according to an AP report.

In Russia, the muftis had declared that even if scientists have used gelatine in Sputnik vaccine, inoculations would be permissible.

Indonesia, which is predominantly Muslim, went a step ahead to ensure the vaccines were "Halal". Clerics travelled with diplomats to China to confirm if the COVID-19 vaccine was permissible for use under Islamic law, according to the report by Associated Press (AP) last October.

"While they were in China in the fall, the Indonesian clerics inspected China's Sinovac Biotech facilities, and clinical trials involving some 1,620 volunteers are also underway in Indonesia for the company's vaccine. The government has announced several COVID-19 vaccine procurement deals with the company totaling millions of doses", the report stated.

The government had assured inclusion of the Muslim clerical body in the COVID-19 vaccine procurement and certification process.

"Public communication regarding the halal status, price, quality and distribution must be well-prepared," Indonesian President Joko Widodo said in October.

The Guardian report cited above said that Indonesia's Ulema Council has called Sinovac (China-made Covid-19 vaccine) "holy and halal" even though the Chinese manufacturers have remained silent over the ingredients of the vaccine.

The United Arab Emirates and Egypt, who have procured China's Sinopharm vaccine, endorsed it with observations that dietary restrictions matter less than human lives, it added.

Sharia compliance for Pfizer, Moderna and AstraZeneca vaccines have been smooth as these companies  confirmed that they have not used animal derivatives and grand mufti of Saudi Arabia, the Assembly of Muslim Justists of America and British Islam Association approved them, it said.

According to the Guardian report, in Egypt, retired Ali Gomaa did not raise doubts about the inclusion of gelatine. In a TV show, he suggested that COVID-19 might be a biological weapon related to 5G technology and 100,000 orbiting satellites.

In Pakistan, a petition was made in court that Muslims are injected not just with pig and chimpanzee DNA but also trackable microchips.

According to a BBC report earlier this year, in UK, a survey found 28 per cent of Muslims in Oldham would take the vaccine, 22 per cent were unsure and 50 per cent would refuse.

"We are trying to build their confidence so that they then go out into their community and send that message out to their groups, their organisations," Oldham Mosques Council (OMC) Abdul Basit Shah was quoted as saying in the BBC report.

Iran's supreme leader had forebidden vaccine imports from US and UK not because of the ingredients but simply because he distrusts both the countries, the Guardian report informed.

Vaccine hesitancy is ironic, the Guardian report noted, pointing out that it was a German couple of Turkish Muslim origin, who synthesised the Pfizer/BioNtech vaccine.

"The majority consensus from past debates over pork gelatin use in vaccines is that it is permissible under Islamic law, as "greater harm" would occur if the vaccines weren't used," the AP report quoted Dr. Harunor Rashid, an associate professor at the University of Sydney.