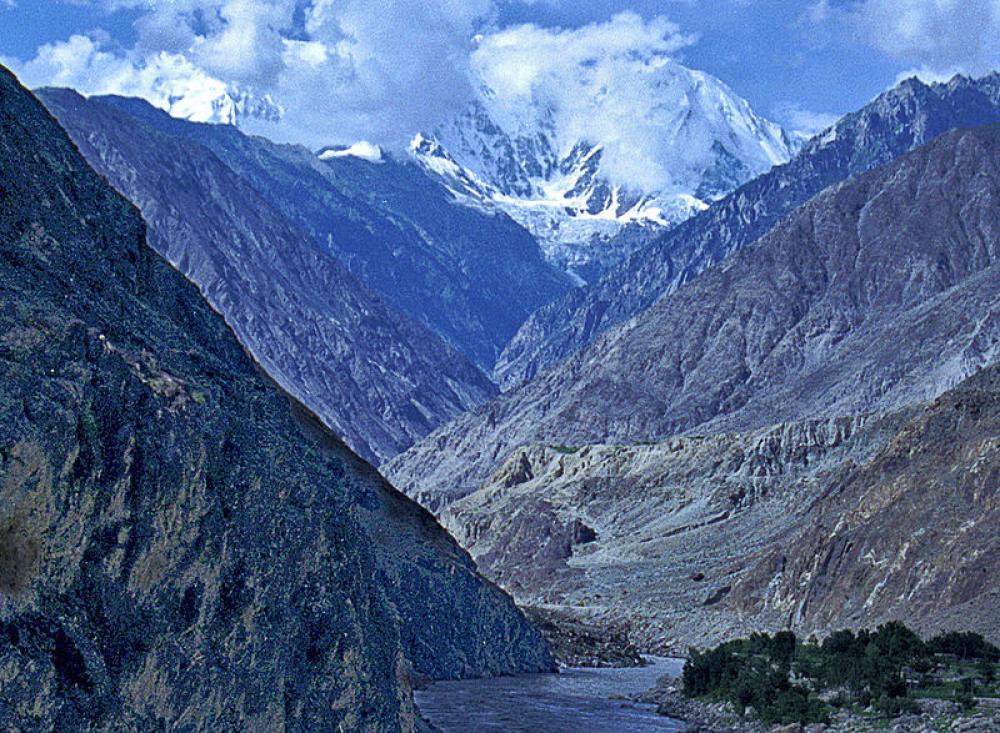 Pakistan has demonstrated a callous approach towards managing its natural resources including freshwater sources.

After the creation of Pakistan, many dams, barrages and irrigation channels were constructed with the help of international donors like the World Bank.

These aggressive water engineering projects have severely hampered the natural flow of water to the Indus River systems in the country.

The geographer, Daanish Mustafa, astutely points out that the colonial and post-colonial irrigational paradigm effectively curbed the natural cycle of high frequency-low intensity flood events which were vital for the natural ecology of this region. Low frequency-high intensity events which, along with climate change, are wreaking havoc.

Pakistan is well accustomed to contending with droughts and floods.

However, the intensity of these natural events is increasing as demonstrated by the recent catastrophic floods. Witnessing the calamitous flooding wreaking havoc across the country this year, even the UN General Secretary stated that Pakistan is confronting “a monsoon on steroids”.

These floods have underscored how such events can become apocalyptic due to ineffective governance, delayed response and dysfunctional disaster risk management.

However, large-scale abstraction without management and sufficient recharge is depleting groundwater. Contamination from industrial and agricultural waste has impacted water quality drastically.

During the mid-1800s, British colonisers built the largest canal irrigation system off the Indus in Sindh & Punjab, accompanied by massive deforestation to underlay railway tracks to enable the transport of raw materials.

It is taming of the river driven by, of course, not an act of colonial beneficences, but was motivated by the desire to grow more cash crops like cotton to feed the demand of textile mills in Manchester.

More than 80% of the country’s arable land is irrigated by the Indus’s waters. Dams, barrages, weirs and canals were first developed on the Indus by the British to enable irrigation.

The real causes of the Indus’s degradation are the mega structures built across the basin to dam and divert water flow.

Due to global warming and climate change, higher population growth rate, increasing industrialization, the demand for water increased.  Pakistan is in the list of top ten countries which are vulnerable to climate change.

The northern part of Pakistan is considered as a water tower for the country since it comprises one of the world’s largest reserves of snow and ice outside the Polar Regions.

The tariff collection system is archaic and nontransparent.

The structure of the irrigation tariff provides no incentive for conserving water.

For example, water tariff is a flat-rate levied per unit of cultivated area, amount of water used and does not account for water consumption or the crops grown.

Irrigation departments provide the service and assess the tariff, but it is collected by revenue officials and transferred to provincial revenue departments.

The distributional incidence of the collected tariffs, therefore, remains obscure, raising concerns about inequity, leading to wastage of water resources.

Agriculture which takes up well over 90% of all available water in Pakistanis inefficient and wasteful.  It continues relying on water-intensive crops such as rice and sugarcane.  Irrigational channels are also poorly maintained, causing immense water loss. Pakistan’s current water woes have a long history.

Further, the inefficiencies of the agriculture-food system have historically been compensated for by Pakistan's abundant water and arable land, which have thus far enabled the system to keep pace with demand without making productivity and efficiency improvements.

Agricultural growth has been driven not by technological change or innovation but by the intensification of water, fertilizer, and pesticide use, and by bringing new land under cultivation.

This process is rapidly approaching its natural limits. It is under stress from environmental degradation and the increasing need of water and land for non-agricultural uses.

Pakistan had formulated a National Water Policy in 2018 to take cognizance of the emergent water crisis and provide a framework for sustainable management of water resources.

Besides addressing irrigational inefficiencies, it was meant to ensure the adequate supply of safe drinking water to marginalised sections of the rural & urban populace and to preserve natural water resources. However, the political will to implement these policies remains lackluster.

Islamabad is now trying to put onus on India, blaming construction of Kishenganga (330 MW) and Ratle (850 MW) hydroelectric power plants, to mask its failure in managing water resources. To prove its point, it raised a dispute with the World Bank seeking intervention by ‘Court of Arbitration’.

It may be noted that Pakistan disagrees over just technical design features of these two dams. As per Indus Water Treaty,India is permitted to construct hydroelectric power facilities on these rivers. The World Bank is not financing either of the projects.

Intention of Islamabad is clear. It is not taking measures to manage its water resources and improve productivity in agriculture, which is back bone for 40% of its population. Instead it is trying to divert citizen’s ire towards India rather than improving its own system.