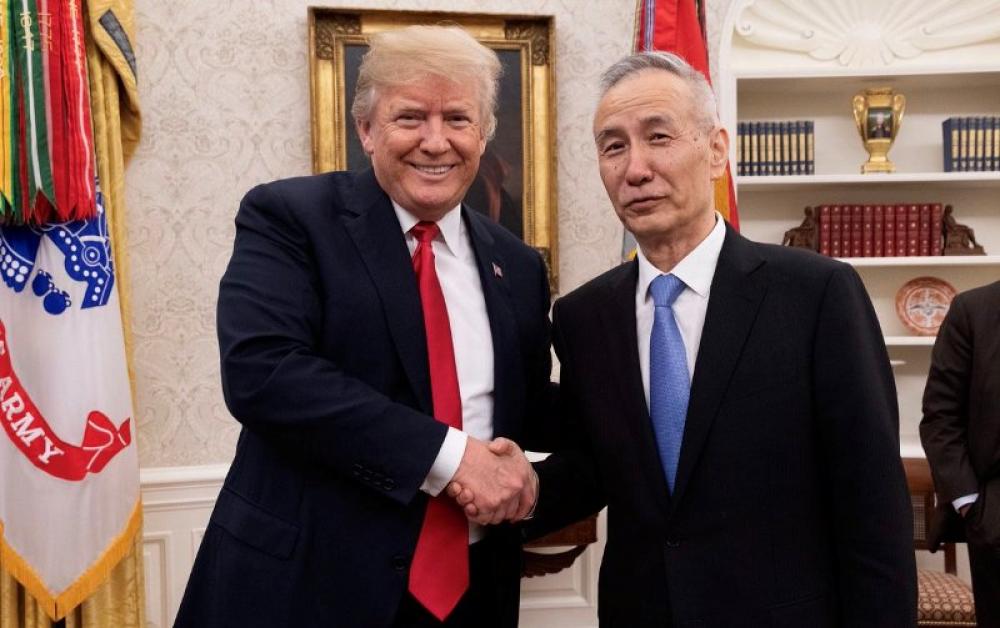 Washington/Beijing: China has agreed to increase its import of goods and services from the United States, reports said on Sunday.

The new development has come as a hope for those who feared a trade row between the US and China.

"Both sides agreed on meaningful increases in US agriculture and energy exports," a US-China joint statement read.

"This will help support growth and employment in the United States," it added.

According to Chinese state news agency Xinhua, Liu lead a delegation 'whose members come from major economic sectors of the Chinese government'.

"Liu said that guided by Xi and Trump, the bilateral ties have achieved important and positive progresses. He added that the two nations, whose relations are at an important stage, need to implement the significant consensus reached by their heads of state, meet each other halfway, respect each other, and work together to push forward bilateral ties in a healthy and stable manner," Xinhua reported.

In a past tweet, which was posted on May 15, the US President had said, "Trade negotiations are continuing with China. They have been making hundreds of billions of dollars a year from the U.S., for many years. Stay tuned!"

"ZTE, the large Chinese phone company, buys a big percentage of individual parts from U.S. companies. This is also reflective of the larger trade deal we are negotiating with China and my personal relationship with President Xi," a tweet read.