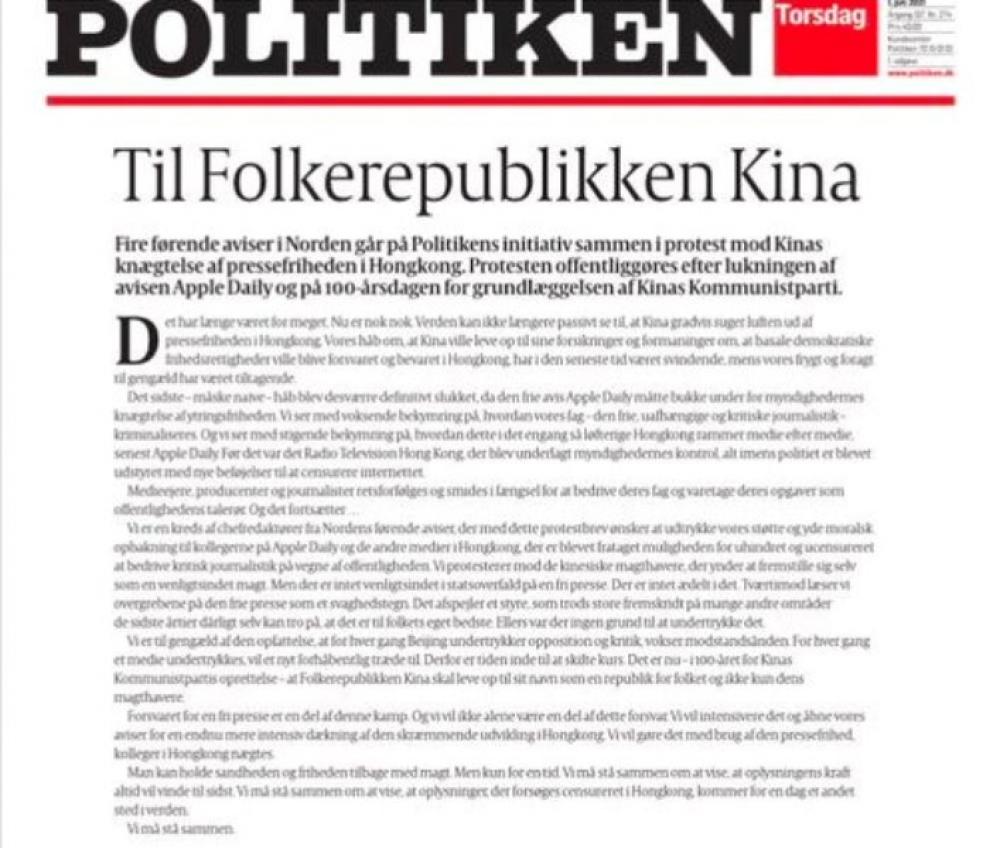 In an open letter addressed to Chinese President Xi Jinping, the newspapers as quoted by ANI said: "Enough is enough. The world can no longer stand idly by as China gradually sucks the air out of freedom of the press in Hong Kong."

Politiken in Denmark, Dagens Nyheter in Sweden, Helsingin Sanomat in Finland and Aftenposten in Norway dedicated their covers to a letter of protest against the Chinese authorities' press censorship, the news agency reported.

The newspaper made the move just days after Hong Kong's pro-democracy newspaper Apple Daily was forced to close when its assets were frozen under the National Security Law and some of its executives were arrested for a series of articles published there.