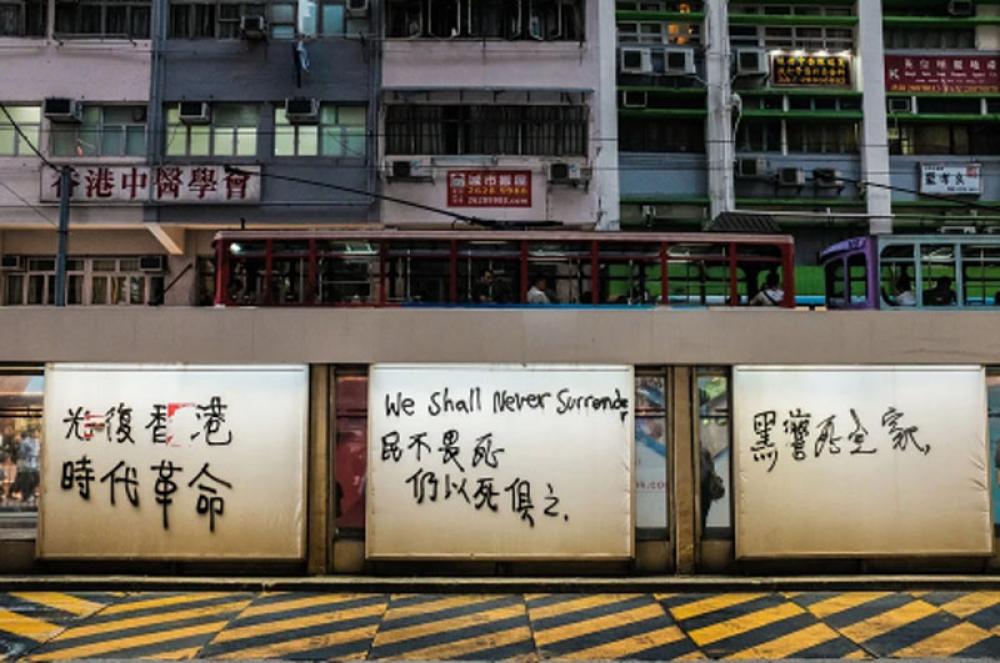 Beijing: The Chinese government has condemned the British government's move of releasing a 'Six-monthly Report' on Hong Kong.

In its report, the British government said: "This is the 48th in a series of regular reports to Parliament on the implementation of the 1984 Sino–British Joint Declaration on the Question of Hong Kong. Although the substance of this Six-monthly Report covers the period from 1 July to 31 December 2020, this Foreword also addresses subsequent events."

"This period has been defined by a pattern of behaviour by Beijing intended to crush dissent and suppress the expression of alternative political views in Hong Kong. China has broken its legal obligations by undermining Hong Kong’s high degree of autonomy, rights and freedoms, which are guaranteed under the Joint Declaration," read the report.

The report said the National Security Law is not being used for its original purpose.

"Rather it has been used to drastically curtail the space for the expression of alternative political views and deter freedom of expression and legitimate political debate," read the report.

The Chinese government immediately reacted strongly against the report and said it is full of 'ideological bias'.

"The British government released its latest so-called Six-monthly Report on Hong Kong yesterday. The report, which is full of ideological bias, is a continuation of its moves to confound right with wrong and distort facts. The groundless accusations against China’s policies in Hong Kong made by Foreign Secretary Dominic Raab in the foreword of the report again constitute gross interference in Hong Kong affairs and China’s domestic affairs. We strongly condemn and firmly oppose this," a spokesperson of the British Embassy in the UK said.

"Since the Law on Safeguarding National Security in the Hong Kong SAR took effect nearly a year ago, Hong Kong has regained stability and returned to the right track," the spokesperson said.

The spokesperson said: "The so-called British report disregards these facts and spared no effort to attack and smear China’s Central Government and Hong Kong SAR. The report also listed with great pride a series of despicable actions taken by the UK to meddle in Hong Kong affairs and undermine its stability and prosperity. Under the disguise of upholding Hong Kong’s democracy, the UK has been meddling in Hong Kong’s politics and interfering in China’s domestic affairs."

"We urge the UK to abide by international law and basic norms governing international relations, grasp the reality that it has been 24 years since Hong Kong’s return to the motherland, let go of its old colonial dream, get rid of double standard, stop releasing relevant reports, stop meddling in China’s domestic affairs including Hong Kong affairs in any way, and do more things in the interest of Hong Kong’s stability and prosperity and China-UK relations," read the statement.

Hong Kong, a former British colony, was handed over to China in 1997, and the Basic Law preserves its autonomy as a Special Administrative Region.