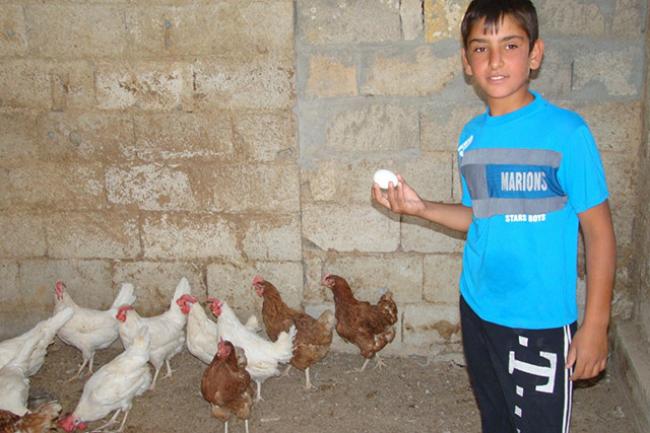 New York, Mar 18 (JEN: The United Nations Food and Agriculture Organization (FAO) has announced a scale-up in its support to Jordan and other countries in the Middle East affected by the humanitarian crisis in Syria that has entered its fifth year.
According to a statement from the Rome-based agency, FAO has signed an agreement with the Government of Jordan aimed at improving data analysis.
In a meeting on Tuesday with Jordan’s agriculture minister, Akef Alzoubi, FAO Director-General José Graziano da Silva initiated three projects on food security, nutrition, and preventing the spread of animal diseases.

“Thanks to a $1.6 million grant from USAID’s [United States Agency for International Development] Food For Peace (FFP) programme, FAO will provide technical assistance to government institutions and other partners in Syria, Jordan, Lebanon and Iraq to establish an inclusive food security information network that will enhance the understanding and analysis of food security issues in the region,” Graziano da Silva said in Amman.

According to the UN, more than four million people have fled Syria, the vast majority becoming refugees in neighbouring countries. Prior to the Syrian conflict, the wider region but particularly Syria, Lebanon and Iraq were already facing significant challenges in fighting hunger.

Four years on, the crisis has raised additional concerns for neighbouring countries to reach development goals from access to water and sanitation to child and maternal mortality. Most affected by the Syrian crisis are Jordanian households and Syrian refugees in northern Jordan.

By improving analysis and data sharing between UN agencies and governments, the new network will allow better-informed interventions for vulnerable populations and ensure that the limited resources are applied where they are needed most.

“Resources for responding to the Syria crisis are limited in relation to the needs, so it’s crucial for UN agencies and partners to strategically target their assistance, taking into account the severity, scale and underlying causes of vulnerability,” said FAO’s Jordan Representative Nasredin Hag Elamin.

“Having timely food security information is essential to guide this effort and will help relief and resilience agencies make sound decisions on the types of actions needed to support the affected Syrian population and neighbouring countries that host refugees,” he added.

In efforts to contain the spread of animal diseases across borders, FAO and Jordan have agreed to support local communities and veterinary laboratories in increasing early detection and disease control, while also assessing the socio-economic impact of these diseases on pastoralist communities across Jordan.

The collapse of public veterinary services in Syria has posed additional threats as an increased number of animals have crossed into neighbouring countries and potentially spreading animal diseases.