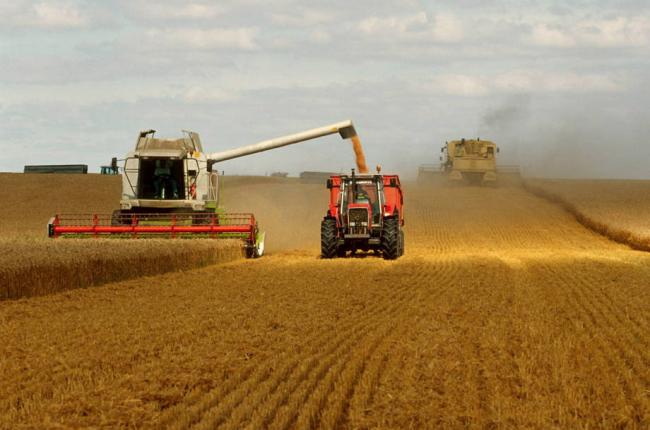 New York, Mar 6 (JEN): Food prices dipped to a 55-month low in February, dropping a steady per cent from the previous month and 14 per cent below its level compared to a year earlier, the United Nations Food and Agriculture Organization (FAO) reported on Thursday.
The continuing decline, lowest level since July 2010, reflects a robust supply environment and ongoing weakness in many currencies versus the United States dollar, Michael Griffin, FAO's dairy and livestock market expert, confirmed in a statement today.

“The first thing to flag is the favourable outlook for production of a number of crops in 2015,” he said, adding that “stocks are also very strong” for most cereals.

The FAO’s monthly Food Price Index, a trade-weighted index that tracks prices of five major food commodity groups on international markets, averaged 179.4 points in February, down from 181.2 points in January and 208.6 points in February 2014.
The index measures the price of cereal, sugar, meat, dairy and vegetable oils.

This sugar drop reflects optimism on production prospects in Brazil after recent rainfalls, as well as India's decision to subsidize exports to boost sugar sales abroad, the Rome-based FAO said.

The Meat Price Index averaged 187.4 points in February, also down 1.4 per cent from its revised January value. Beef and mutton prices declined, largely due to a stronger US dollar against the Brazilian real and the Australian dollar.
Pig-meat prices rose for the first time in eight months, helped up by Europe’s decision to provide aid for private storage in the sector.

Dairy’s price index rose for the first time in a year, driven by milk powders and reflecting both a seasonal slowdown in European output as the season draws to a close and a crimped supply from New Zealand and Australia.
Vegetable Oil Price Index averaged 156.6 points, up 0.4 per cent from January, reflecting a sizeable rise in palm oil prices – resulting from recent floods in Malaysia and from a hike in Indonesian domestic biofuel subsidies expected to stoke demand.

FAO has also raised its estimate of 2014 world cereal production, with the bulk of the increase reflects wheat production gains in Argentina, Central Asia and Europe. Globally, 1.1 billion tonnes of cereals are forecast to be used for food consumption in 2014/15.