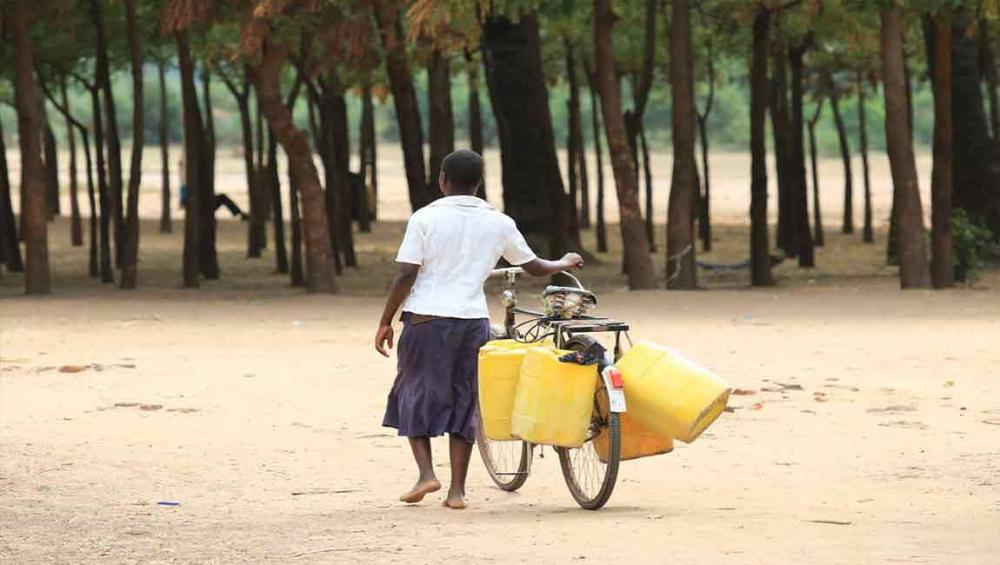 According to the Food and Agriculture Organization’s (FAO) 2017 Africa Regional Overview of Food Security and Nutrition report, chronic undernourishment appears to have risen from 20.8 to 22.7 per cent between 2015 and 2016 – pointing to the need to build affected communities' resilience and find peaceful solutions that strengthen food security.

“The number of undernourished people rose from 200 to 224 million, accounting for 25 per cent of the 815 million people undernourished in the world in 2016,” said Bukar Tijani, FAO Assistant Director-General of and Regional Representative for Africa.

Under the theme ‘The Food Security and Nutrition – Conflict Nexus: Building Resilience for Food Security, Nutrition and Peace,’ this year’s report was launched at the joint FAO/WHO [World Health Organization] Africa Regional Symposium on Sustainable Food Systems for Healthy Diets and Improved Nutrition, which is underway in Abidjan from 16 to 17 November 2017.

“Major factors have caused this surge in hunger: the proportion of the population that has experienced severe food insecurity because of their inability to access food has risen in the region; as well, adverse climatic conditions and conflict, often occurring concurrently, are key factors driving the recent increase in food insecurity in the region,” Tijani explained.

The report indicates that during the first decade of the millennium, sub-Saharan Africa made progress in fighting hunger with undernourishment falling from 29.1 to 20.6 per cent.

However, the following period showed no progress – with conditions worsening in many countries from 2015 to 2016. This was mainly due to the impact of conflict and adverse climatic conditions, such as repeated droughts, often linked to the El Niño phenomenon, which resulted in poor harvests and the loss of livestock.

In sub-Saharan Africa, undernourishment is about double that of conflict-affected countries, with generally worse nutrition outcomes as well. In 2016, the majority, or 489 million of the 815 million undernourished people in the world, lived in countries struggling with conflict, violence and fragility.

The FAO report identifies a range of pathways supporting food security and livelihoods; helping to build resilience against conflict; and contributing to sustainable peace that require a multi-sectoral set of interventions before, during and after conflicts.

It also points out how many countries have developed or are developing policy frameworks and investment plans aligned with the second Sustainable Development Goal (SDGs) and the 2014 Malabo Declaration, through which African leaders recommitted their countries to end hunger and halve poverty by 2025, boost intra-African trade and enhance climate change resilience.