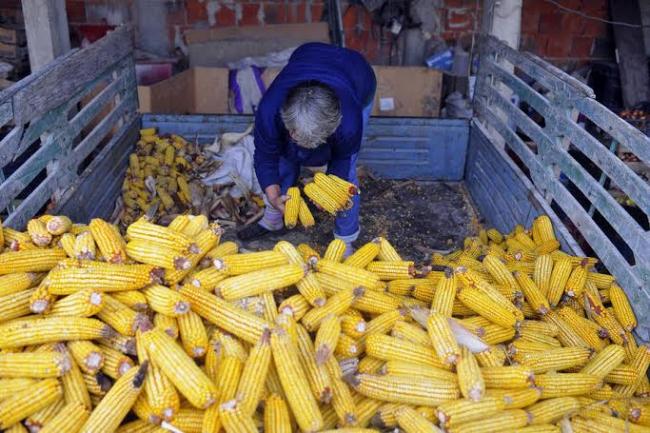 New York, Dec 4 (Just Earth News/IBNS): November saw a decrease in major food commodity prices as the cost of most globally-traded staples fell, the United Nations Food and Agricultural Organization (FAO) reported on Thursday as it also warned of deteriorating food security in areas affected by conflict or severe weather.

“Except for sugar prices, which increased for the third consecutive month, all the other commodities included in the FFPI [The FAO Food Price Index] saw their prices drop, under the pressure of a strong dollar and generally abundant supplies,” said the FFPI November report released on Thursday. The Index averaged 156.7 points in November, falling 1.6 per cent compared to October, and about 18 per cent below its value last year. Among the major food commodity groups, FAO’s Vegetable Oil Price Index shrank most, with a 3.1 per cent drop, while the Meat Price Index pulled back the least, at 1.6 per cent. The decrease in the price of coarse grains due to favorable harvests in the world’s largest producer, the United States, is a main cause for the reduction in cereal cost. Further, abnormal weather patterns brought by El Niño have a global impact on the drop of cereal production, according to FAO. The cost of sugar, however, rose strongly for the third consecutive month, as a result of harvesting delay and weather-induced crop damages. The approaching marketing season, however, would be “generally comfortable,” states the report, adding that world inventories should be sufficient until the end of the year. Meanwhile, Food security, stressed FAO, is of great concern. People in some 33 countries, with the majority in Africa, have become food insecure either due to El Niño-caused drought and floods, or conflicts, particularly in Syria and Yemen. The FAO Food Price Index is a monthly trade-weighted index tracking prices on international markets of five major food commodity groups: cereals, meat, dairy products, vegetable oils and sugar. Photo: FAO/Oliver Bunic