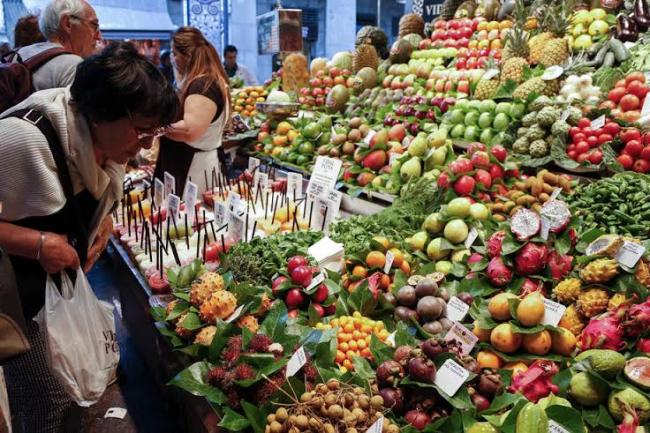 New York, July 2 (JEN): Real prices for global agricultural products will continue their gradual decline over the coming decade due to a combination of strong crop yields, higher productivity and slower growth in global demand, according to a new report issued by the United Nations Food and Agricultural Organization (FAO).

Released in conjunction with the Organisation for Economic Co-operation and Development (OECD), the OECD-FAO Agricultural Outlook 2015-2024 notes that as the low cost of oil pushes energy and fertilizer costs down and removes incentives for the production of first-generation biofuels made from food crops, food prices will continue to slope downwards over the next ten years. In Asia, Europe and North America, additional agricultural production will be driven almost exclusively by yield improvements, whereas in South America yield improvements are projected to be complemented by additional agricultural area. Modest production growth is expected in Africa, although further investments could raise yields and production significantly. Among the various commodities enjoying a decline in market costs, according to the Outlook, are cereal prices which – due to the concurrence of high cereal stocks and low oil prices – are expected to weaken in the short term. Over the medium term, however, slowly rising production costs and sustained demand may strengthen prices again. For its part, high sugar demand in developing countries will likely boost prices for the commodity and spur further investment in the sector. The report suggests that the market outcome will nonetheless hinge on the ongoing competition between the profitability of sugar versus ethanol in Brazil, considered to be the world's leading producer. Despite the advantageous scenario regarding global food pricing, prices will likely remain at levels above those at the beginning of the 2000s, the report adds. Major changes in demand are, in fact, expected throughout the developing world amid a growing population, rising per capita incomes and urbanization which, says the Outlook, will increase demand for food. The report further explains that rising incomes will prompt consumers to continue diversifying their diets, notably by increasing their consumption of animal protein relative to starches. As a result, the prices of meat and dairy products are expected to be high relative to crop prices. Among crops, the prices of coarse grains and oilseeds, used for animal feed, should rise relative to the prices of food staples.  Photo: FAO/Alessia Pierdomenico