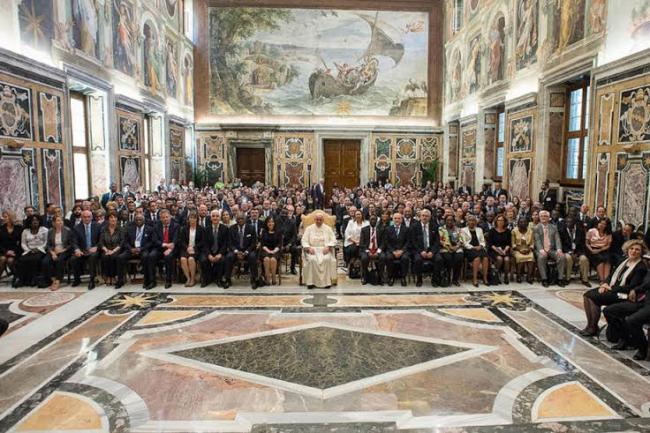 “If all Member States work for one another, consensus for action by FAO will not be late in arriving and, moreover, FAO’s original role will be rediscovered,” the Pope declared during a special audience at the Vatican, as he cited the agency’s Latin logo, ‘fiat panis,’ or ‘let there be bread.”

“Volatile food prices prevent the poor from planning ahead, from being able to count on getting even a minimum level of nutrition,” the Pontiff continued. “Let us seek another path.”

In a separate meeting with FAO Director-General José Graziano da Silva, Pope Francis underscored the importance of the UN agency’s ongoing efforts to decentralize “so as to be in the midst of the rural world, in order to understand the needs of the people the Organization is here to serve.”

The Pontiff, however, also drew attention to the dangers of market influences and speculation on agriculture, voicing concern over large scale acquisitions of agricultural land by transnational companies and governments which, he said, “not only deprives farmers of an essential good [but also] affects the sovereignty of nations.”

He expressed the same tone of concern when discussing the state of food waste around the world, urging consumers to “decisively commit” to modified lifestyles and sustainable living.

“Sobriety is not in opposition to development, indeed it is now clear that the one is a necessary condition for the other,” he said.